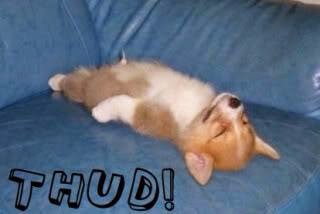 One of the most controversial topics within Christian fiction, especially in my favourite genre, romance.

I get the feeling some Christians would like to remove sex from fiction altogether. I suspect they might even consider it sinful to read Christian fiction in the first place!

Of course, there’s the other end of the spectrum, although I’m not sure what it looks like. I haven’t gone searching for Christian books with explicit sex scenes in them but they could be out there. If they are, I suspect they’re in the self-published section.

When I was writing A Simple Mistake I had a very interesting conversation with a friend. She encouraged me to ‘keep my writing real’ and then related a story about a girl she knew personally who needed counselling because her marriage relationship hadn’t turned out like the ones in the Christian romances she’d read.

My first thought was, ‘You’ve got to be kidding!’ and my second, ‘What on earth has she been reading?’ Even though it sounds far-fetched, the story is true and it has stayed with me. Keeping it real is something I think about all the time as I write.

But just how real should we get? Nicki Edwards discussed this question in a blogpost in Christian Writers Downunder. You can read her thoughts here

Unresolved Sexual Tension (or URST) is a must in romance novels. In a Christian world-view story, that’s how it stays – unresolved – at least until the wedding night and then the door is firmly closed. Usually. Francine Rivers has left it wide open in her book, Bridge to Haven. And what a furore that has caused! We might have a discussion on that in my next post.

Here’s something else to consider. Whether we care to acknowledge it or not, Christians have sex outside of marriage. But should we write stories about it?

One of the answers I’ve been given is an emphatic ‘No, because sex outside of marriage doesn’t glorify God.’ Now while that’s true, a lot of what our characters do doesn’t glorify God either. They might lie, occasionally get a speeding fine or say harsh and unloving words. However, sexual indiscretion is given a much greater sin value than those things.

So what kind of attention should we give it?

There are readers who need reassurance they are forgiven, no matter how many times they fall. And isn’t one of our aims to give hope to our readers? Camy Tang’s Only Uni is a great example of a book which does this. Trish is desperate to clean up her act despite stumbling and falling repeatedly. There are no sex scenes but it’s clear what has gone on. Camy Tang isn’t afraid to use the word ‘fornication’ and she does it in context and without condemnation. Believe me, her character Trish is her own judge and jury – she doesn’t need any help to feel bad.

Another book which has impressed me greatly is Sway, by Amy Matayo. My review is scheduled for June 4 so I won’t give too much away except to say a portion of what I loved about the story is Caleb’s honesty concerning his thoughts about Kate. Straight from the gut and God-honouring, as well as an eye opener as to how a guy’s mind works.

Teenage girls (and older) would benefit greatly from these messages. Many of them don’t ‘get’ that what they’re wearing or how they’re behaving really affects a guy, even though they may (or may not) have heard it from the pulpit or home.

As writers, can we not address these issues in a story that tells it like it is and then offer hope and encouragement?

There’s not time to go into everything I’d like to say this time around, so keep your eyes peeled for Part 2 and maybe even a Part 3.

I’ll leave you with something to ponder: When is realistic too much?

As always, I look forward to reading your comments.

Andrea Grigg lives on the Gold Coast, Queensland, and is a writer of contemporary Christian romance. Her first book, ‘A Simple Mistake’ was a finalist in the 2012 CALEB awards. Her second novel, ‘Too Pretty’ was released in August 2014.