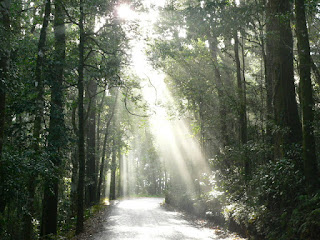 
It was my son’s fifth birthday and he was having a friend sleep over for the first time. We were running through our normal bedtime routine so I told his friend that we normally pray together. He said that he had never heard of “pray” before.

I sat on the floor between their beds. “When we pray, we talk with God, just like we’re talking now.”


I’ve read claims that Australia is no longer a Christian nation; I’ve engaged in many conversations with friends and strangers who deny the existence of God; I’ve mourned the growing tide of spiritual apathy and even hostility in our nation.

But this was my first encounter with total ignorance.


How can we talk about Jesus and the gospel with people who haven’t even heard of the possibility of a spiritual realm? Surely one of our roles as Christian writers is to awaken that awareness and cause a hunger for things beyond the material world.

When I started this post, my intent was to motivate. I wanted to remind myself and others of the darkness we seek to illuminate and galvanise our efforts to pierce this darkness. Simple enough. A worthwhile goal. I thought it was progressing well: I had my hook, my introductory story, a reasonable transition.

Why was it so difficult to take it any further?


After a bit of prayer, God gave me a “know your audience” moment: most of the people who will read this are already motivated!

One of my goals since joining the leadership of Omega Writers has been to familiarise myself with what God is already doing among Australia and New Zealand’s Christian writers. I’ve been privileged to make contact with dozens of His people who have been penetrating the darkness with God-honouring words and encouraging others to do the same.

The landscape of Christian writers and those who support them is rich and diverse. I’m sure that I’ve only scratched the surface and am eager to have conversations with many more faithful workers in the days to come.

But if motivation isn’t the issue, and if God has already raised up people and groups to shine bright words into our dark times, what role does He want Omega Writers to play?

I think one of our main tasks will be to facilitate connections – to help the various parts of God’s body of writers to find each other, educate each other, inspire each other towards excellence, and encourage each other as we seek to minister to believers and spread the gospel to unbelievers.

I know many of you are doing this already, and I’d like to encourage you to continue. If you would like to be more involved—perhaps even connect with other Australian and New Zealand writers—I’d encourage you to get involved in a local writing organisation, such as Omega Writers. Head over to our website, www.omegawriters.org, if you want to find out more. 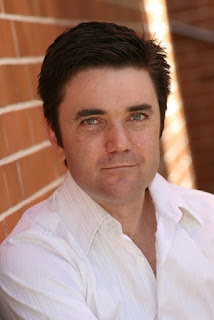 Simon is the current President of Omega Writers. He would love to hear from anyone who shares his passion to see light-infused words push back the darkness. Simon has won national short story and poetry competitions, is producing a television pilot with hopes of selling it to a domestic broadcaster, and his YouTube channel, Songs with Simon, is closing in on one million hits.
Posted by Iola at 05:00