US Literary Agents: Yea or Nay for the Australian Author?

Hi! Lucy Morgan-Jones here. Today, I’d like to share my experiences with working with an agent, why you might need one, and how they can benefit your writing career.

So, you’ve written a fabulous story and now can’t wait to share it with the world—a.k.a. everybody outside of family and close friends. Manuscript clutched between slightly sweaty palms you gather up courage and consider your audience: publishing through an Australian publisher, or perhaps through something larger, like a US publisher.

Narelle Atkins has written a blog post about being published in Australia here. I’ve chosen the route of being traditionally published through a US publisher, and the first roadblock I encountered is that unlike Australian publishers, pretty much all major US publishers don’t accept unsolicited manuscripts.

Unsolicited? What?? I mean, I’m not selling Girl Guide cookies here, or fundraising for an organisation, just trying to get my book into reader’s hands. 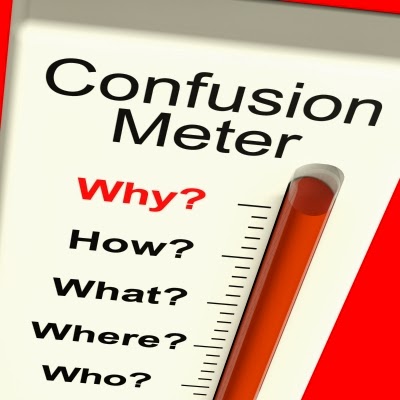 I soon discovered that publishers simply won't accept un-agented proposals any more. In the words of my agent, Chip MacGregor, “They've done that as a means of trying to professionalize the relationship. They've also done it because the scads of young editorial assistants they used to have don't exist any more, so they don't have the personnel to wade through the unsolicited slushpile. It doesn't get talked about much, but the fact is publishers now rely on agents to be the first filter -- to go through the material and clear out the dross. They expect agents to help bring in publishable, salable manuscripts that fit the house and are well-written,” he says.

Right, I said to myself. I need an agent! Can’t be too hard, surely….

Blithely, I set about procuring one of these mythical beasts. Being slightly introverted, this meant I read copious blog posts from other authors, avidly read every ACFW article and post, and listened to what other authors and important figures in the writing industry were saying about various agents.

Over time I began to get an idea of who the “good” and “bad” guys agenting out there were, what their reputations were like, their sense of humor (or if they had one!), their values, and what authors/books they were representing.

From that I came up with a short list of agents I felt would fit with me, whose opinion I valued, and who I thought would benefit my writing career.

In 2012 I attended an ACFW conference in Dallas, Texas and had the extreme privilege of having appointments with both Chip and Tamela. I genuinely liked both of them and was very excited to have them both request my full manuscript, and then to have them both (within a day of each other!) offer to represent me. I recognize that this was a total God-thing. Most people do not land an agent this easily. I can only attribute God to the speed and ease of this happening.

I chose Chip MacGregor. He really is my dream agent. :) He’s been in the writing business for around 30 years and knows the ins and outs of every single part of it. He has the contacts and the connections to publishers and a working relationship with them that I will never ever have. Plus, he has a zany sense of humor that I really like. :)

I mentioned my “writing career” earlier and want to expand on that just a little. These days it’s not just enough to have written a fantastic book and sit in our comfy chairs sipping tea, nibbling on biscuits, and cheerfully writing in seclusion. No, these days a writer (whether published in the US or in Australia) is expected to help market their books. This means utilising social media, figuring out marketing strategies, and finding and then connecting with readers on a more personal basis. And yes, most writers are woefully underequipped to deal with this. One of the things that Chip had me do once I’d signed with him was to fill in questionnaire about my writing career, and really nail down why I was writing, where I wanted to be in 1, 5, or 10 years time, what exactly I wanted to achieve and how I was going to get there. I jokingly refer to that as the “Epistle to the Saints” as the document ended up being over 26 pages long.

So, what has it been like working with an agent? Stretching. It has been a great learning curve. Anyone expecting to be published is going to have to put in some hard yards to achieve that. Chip didn’t pull any punches with me. He said that I had good bones to my story but to work with him (and to be published) I’d have to be prepared to put some serious work into my manuscript. Once signed with him, he read my manuscript and then gave me a list of stuff I’d need to fix. He didn’t give me a line-by-line critique, but more of a birds eye overview of bigger things that needed fixing. I pondered his advice, studied my angle of attack and set to work on my story. I cut 30k of words and rewrote the rest. Now, he didn’t say to do this, but based on the plot holes and to make the story stronger that’s what I felt needed doing. And the story is now much, much stronger because of it. My first manuscript is now in his capable hands and he is shopping it around to the various publishers that he has contacts with.

Because I have an agent I now have many more opportunities and avenues to sell my books to. Because I have an agent, my stories can land in more readers hands. My writing career is guided by someone who understands the writing business and can help me avoid the pitfalls and make stronger choices regarding my future in writing. Yes, he is my business partner, someone to bounce story ideas off, and to give me excellent feedback regarding my books, but he is also someone who is wholeheartedly for me and my books in a publishing world that can sometimes be full of sharks. I’m thankful for that. :)

If anyone has any questions or would like me to elaborate further, I’d be happy to help. Shoot me a message on facebook, or ask in the comments below.
Posted by Lucy Thompson at 05:00