From Head to Toe- Book Review 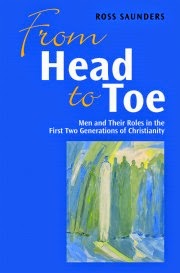 Published by Acorn Press  April 2014
It’s hard to know where to start in reviewing this book, as there is so much to read and consider. It really helps put a lot of things into context. This is an insightful look into a leadership model for Christian society. It clearly shows what a great change this meant for those early male followers of Jesus. For them to follow Jesus meant a move downward in importance. It identifies how men in the Mediterranean world at the end of the first century were called by Jesus to a different model of leadership, taking them from a model as lead-as- dictator to one of leader- as- servant.  Reading this book could well change your thinking or at least cause you to look at lives and incidents in the New Testament with fresh eyes.


This book follows through the lives of many New Testament men starting with Zechariah, father of John the Baptist. It raises some interesting thoughts about John and his ministry that I had not considered before. It also covers not just the well know men such as Paul, Peter , John and James but some of those who only make brief biblical appearances like Simeon, Gaius, Crispus and others.


Christianity brought about huge changes and cost.  For the disciples, especially any who were the eldest son in a family, walking away from family responsibilities was a huge step and brought great dishonour. These followers of Jesus were ‘exiled from their household and thus suffered a loss of identity and status.’  Because of this the Romans at Antioch first labelled them Christians – that is ‘belonging to the household or tribe of Christ.’


‘Travel was regarded as somewhat deviant behaviour in those days.’ For people of today’s society who are often used to being able to travel at will without needing a reason, other than pleasure, it seems strange to think a person had to have a legitimate reason  to travel, like going to the temple in Jerusalem or to visit family. I guess I’d never thought before that while they were travelling with Jesus, the disciples had not been earning any money and so had no finances of their own to buy anything. No wonder they looked at Jesus blankly when he told them to give the crowds something to eat!


The chapter devoted to male leadership in the early church brings up the point of headship and how that meaning is often  wrongly interpreted as having authority, when in reality Christians, both men and women,  are ‘to  emulate the coordinating, representative and self sacrificing role of Jesus as head of the church. This carries no sense of authority or privilege.’ Obviously these couple of sentences need to be read in context not only of the whole chapter about headship but in the context of the ideas set forth in the book.


Yet somehow over the years we have got away from that model and have a different idea of headship. I particularly liked the thoughts expressed in the last two paragraphs of this book. At the end of the book there is an appendix of all the men mentioned in this book and the biblical or other literary references to each one plus , for those who would like to delve deeper, a  select bibliography of texts.


I thoroughly enjoyed this book.  It made me think. This is a book to read, share with others and re-read. Recommended.
Reviewed by Dale Harcombe 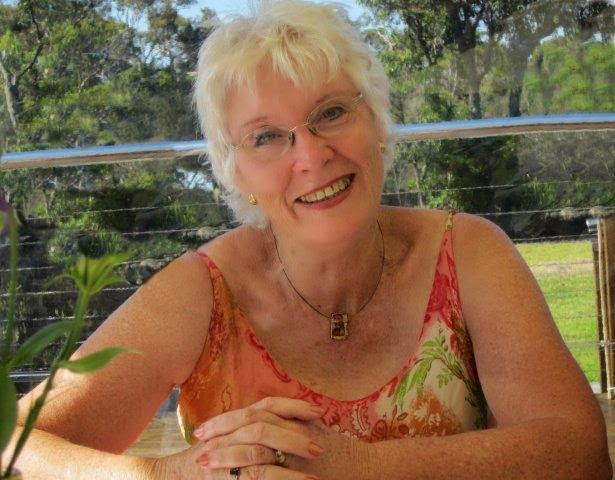 Dale writes fiction, poetry and children’s fiction, and has written bible studies and Sunday school lessons. As well as writing and reading, Dale loves to sing. She is involved in the music ministry at her church. More information about Dale can be found at www.daleharcombe.com or on her Write and Read with Dale blog http://www.livejournal.com/users/orangedale/
Posted by Dale at 01:00