My favourite craft book (apart from Madeleine L’Engle’s Walking on Water) is a superb book by Christopher Booker: The Seven Basic Plots - Why We Tell Stories (Continuum Books, 2004). It’s a story about story, I guess, and comes across as a narrative in its own right, rather than an analysis of technique.

The structure is one of the most difficult aspects of a novel to get anywhere near ‘right’. Although there are general rules to help (such as the climax should occur about 85% of the way through), there are in fact so many variables to consider that formula should always bow before the reader’s intuitive sense of correct narrative flow.

And what’s that exactly? How do writers tell what ‘works’?

As Booker points out, satisfying structures are in fact remarkably unoriginal. He’s found identical structures in a twentieth century novel and a medieval Asiatic folktale. Perhaps the reason they are both memorable may well be to do with the way readers resonate with the rhythm and flow of the storytelling.

So, if we want our work to survive, it’s good to look at the structure of various works of classic literature and copy it.

So what are the seven basic plots?

According to Booker, they are:

Notice that romance, thriller, historical fiction and so on don’t make the list. That’s because they’re genre, not plot. The confusion in many writers’ minds—where sometimes genre equals plot—is a problem. When plots meander in many modern novels and fail to deepen into any of the above (or any combination thereof), it means emotional impact is lost.

There’s a good reason archetypes should be used in structure: because they satisfy the human longing for story.

Booker discusses everything from literary classics to popular film as he throws up examples of why great storytelling endures. His book gave me real insight as to why some books ‘work’ and stick in the imagination—as well as why others fail and fade.

He takes the reader through the principles by which, for instance, Gone with the Wind follows the same ‘Voyage and Return’ motif as The Lion, the Witch and the Wardrobe! The book opens up a new way of thinking about how to shape a satisfying plot.

And the last reason it’s one of my favourite craft books is simply because its focus is so entirely on story narrative, not on formula. 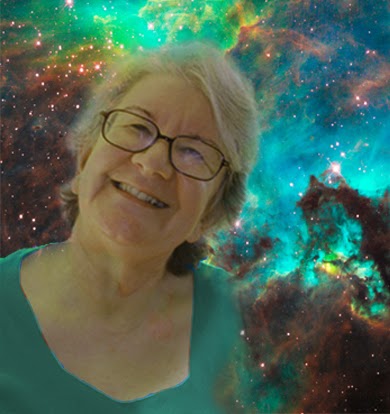 Anne Hamilton is the author of eleven books. Her children’s books include Merlin’s Wood, Many Coloured Realm and Terry—The Adventures of a Terek Sandpiper.

You can find out more about Anne at her website: http://fire-of-roses.com/wp/