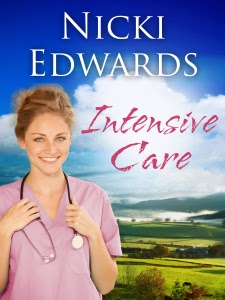 Escaping to the country was meant to be easy ...

On the surface it looks like busy intensive care nurse Kate Kennedy has it all: a long-term relationship, a great career and a sleek inner city apartment. But appearances are deceiving, and in one fell swoop everything comes crashing down around her. In a moment of spontaneity, Kate leaves her city life and takes a new role as Nurse Unit Manager at Birrangulla Base Hospital, but her dream move proves harder than expected.

Local café owner Joel O'Connor finds himself increasingly drawn to the gorgeous new nurse, but like Kate, he's been scarred by love and isn't looking to jump into anything. Yet their chemistry is hard to deny and after a near fatal incident, Joel and Kate find themselves opening up to one another.

Just when Kate thinks she's found love again, their fragile relationship is thwarted by their pasts. Can they both let go of their guilt and grief to move on to a bright new future? 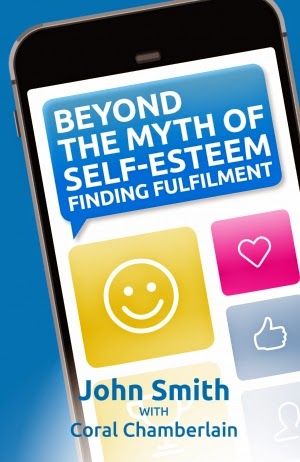 Beyond the Myth of Self Esteem: Finding Fulfilment by John Smith with Coral Chamberlain (Acorn Press, December 15, 2014)

‘John Smith exposes this pervasive Western myth for what it is – captivating but vacuous – while mapping a route to freedom. Important reading for parent, politician, educator and citizen alike.’

Enticing yet potentially damaging ‘myths’ about self-esteem have become so deeply entrenched in pop culture that many accept them as truth. They have infiltrated parenting, teaching, the media, celebrity culture, advertising and even religion.

Drawing on a wide range of resources and insights from his extraordinary experiences, John Smith uncovers common myths about self-esteem and explores their effects on individuals and society. To those who have come under the influence of these myths, he offers a fresh perspective on self-esteem and personal identity and the possibility of a more meaningful and fulfilling life.

Beyond the Myth of Self-Esteem is essential reading if you are looking for a deeper understanding of your world. It will be of particular interest to those who have encountered unexpected obstacles along the path to living their dreams or have a lurking suspicion that there must be more to life than chasing success and spending money. 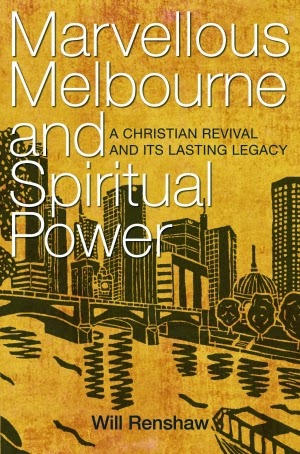 Marvellous Melbourne and Spiritual Power: A Christian Revival and its Lasting Legacy by Will Renshaw (Acorn Press, December 15, 2014)

Marvellous Melbourne and Spiritual Power is a unique record of the rich Christian spiritual heritage of Melbourne. The foundations for this heritage were laid within the city’s first months of European settlement, when Henry Reed preached the gospel at Port Phillip in 1835. In the decades that followed, many gathered regularly to pray for evangelistic and missionary activity, and for a revival of faith in the young nation. One significant outcome was the growth of a flourishing evangelical movement in Victoria with its distinctive Keswick-style convention ministry, which originated in England and proclaimed abundant life and full salvation.

This is a story of how God equips ordinary people to become extraordinary leaders in his service. It is a powerful testimony to the importance of persevering prayer and intercession in the deep reviving work of God in his church and the wider community.

‘Will Renshaw’s book left me pondering the question of why so many of today’s churches and Christian ministries seem to have lost the hunger for the fullness of God’s Spirit evidenced in a commitment to corporate prayer for revival among God’s people and the evangelisation of the world. Is our current spiritual malaise due to the fact that “we have not, because we ask not”?’