Tomorrow is Anzac Day. I'll be awake, showered and dressed long before dawn, then driving across town in the dark and hoping I've beaten the crowds and there will still be a space in the liquor store carpark next to the local Returned Services Association, location of tomorrow's Dawn Service. This is followed by the civic service, normally held at the cenotaph in Memorial Park but this year in the Domain, a special service to commemorate 100 years since the ill-fated Gallipoli campaign. 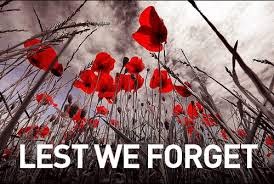 I’ll attend both services wearing the green and black uniform of the local Brass Band, sitting front and centre playing my tenor horn.

The Dawn Service is special, arriving while it’s still dark and watching the sun rise as the music plays and prayers are intoned. I'm always impressed by the number of families with children. Some wear medals that used to adorn the chest of their father, grandfather or perhaps great-grandfather. They wear these medals with pride, in memory of men they may never have met, men who have become legends for their service and sacrifice.

Also present are the legends themselves, men who fought in France, Crete, North Africa, Korea, Vietnam, the Falklands, or Afghanistan. These men wear the medals they earned facing enemy fire under what were often horrific conditions. There are no longer any veterans of Gallipoli with us, but we still meet at dawn on 25 April to remember and honour the men who served in that disastrous campaign, the battle that forged the Australians and New Zealand Army Corps and our identities as nations. And we meet to honour those who served in subsequent wars in the Army, Navy, and Air Force, as well as those who served in the merchant navy to keep the home nations supplied and fed, and who were just at risk of being torpedoed or bombed as their army and navy counterparts.

The veterans and visitors will sing as we play the God Save the Queen, the national anthems of Australia and New Zealand, and a hymn. I’ll be able to hear a pin drop when Peter, our lead cornet player, stands beside the Cenotaph to play the Last Post, as we pay silent tribute to those who fought and died for freedom. I’ll feel slightly guilty that protocol says the band remains seated while everyone else stands as a mark of respect. 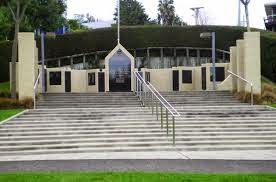 After the Dawn Service and our hot breakfast at the RSA, we will head to the Domain for the civic service. I'll feel guilty as I drive past the road block to park in our reserved spot, rather than having to use the park and ride facility (but not so guilty that I'll catch the bus and risk being late). This service starts with a march, led by shuffling veterans who have fortified themselves at the RSA bar, followed by the cadet forces marching proudly, then groups such as the Boy Scouts and Girl Guides.

A group of Army, Navy and Air cadets will form the honour guard at the service, standing to attention throughout the service. The choir will lead the congregation in singing hymns and the National Anthem. The band will play quietly as wreaths are laid by representatives from local community groups. An Army chaplain will pray for the fallen. Peter will play the Last Post again. A student representative from one of the local high schools will read the famous poem, In Flanders Fields. Everyone will be silent, as befits such a solemn occasion.

Another student, probably the Head Girl, will deliver a speech about what Anzac Day means to her. She might mention a family connection to one or both of the World Wars, or possibly a later conflict. She will talk about freedom from oppression, and about the innocent young men who travelled far from home and made the ultimate sacrifice, their lives in exchange for our freedom. She might even quote the Bible: For greater love has no man than this, that he lay down his life for his friends.

Anzac Day is important. It’s a time to come together as a community and remember those who have gone before, those who gave their lives that we might live. But it’s more than a commemoration of sacrifice. It’s the story of victory.