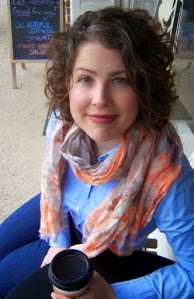 Today I’d like to introduce indie author, Heather Day Gilbert. We met two years ago when Heather won a copy of Angelguard via a guest-posting gig I did. We’ve continued to correspond on our publishing and writing journeys.

Heather is in the launch cycle of her recently released third novel, Trial by Twelve, the second in the A Murder in the Mountains mystery series.

I’m aware that some of the ACW clan know Heather and I believe Heather’s publishing story is a relevant one for all of us. Heather is also a tremendous source of knowledge for all things indie and has even published her own ebook on her experience.

Without further ado, allow me to introduce Heather.

In a few words, tell us a little about yourself

Hm...I'm trying to think of how my husband or family might describe me. As far as personality, I'm strong-willed, goal-oriented, fun-loving, and protective.

I grew up in a small West Virginia town and we recently moved back there. I've been married 18 years and it just keeps getting better. I have three children and homeschool two of them.

You've had an interesting journey with agents, publishers and now doing it yourself as an independent, can you share a little about this and why you chose to follow the indie route.

As you know, it's a long and winding story! LOL. I've had three agents and submitted three books to Christian publishers. After waiting a year and a half to hear back from one of the final submissions, which gave glowing editorial feedback but returned to the "we can't market this time period" (Vikings) mantra, I knew God was pushing me to indie publish my historical. I knew there were people like myself who were very interested in their Viking heritage and would enjoy the story of a real woman who sailed to North America and had the first documented European child on this continent...500 years before Columbus. Also, this woman was a Christian Viking. It was a story that needed to be out there, I felt.

You've recently released your third novel, Trial by Twelve. What's it about and what inspired it?

Trial by Twelve is the second mystery in my A Murder in the Mountains series. These novels run along the lines of cozies/traditional mysteries. As for what inspired it, part of it was the story The Most Dangerous Game by Richard Connell that has stuck with me all these years. A rogue hunter serial killer...which fit nicely with my West Virginia setting. I like giving snippets of what's going on in my killers' heads and juxtaposing that with my protagonist's (Tess Spencer) daily life and sleuthing.

I love that you want to highlight strong marriages in your novels. Why do you think this is important to address?

Oh my goodness, I could go on for hours. I just know that marriages fall apart in the church and often people try to pretend like everything's fine, when they're really hanging on by a thin thread. They don't want to share, and yet if they did, they'd realize others have gone before them and struggled with those same issues (like Gudrid in God's Daughter, a married woman who thinks about other men and what-might-have-been and won't open up to her husband).

I think it's important to note that strong marriages don't mean struggle-free marriages. Marriage goes through seasons, I think, and the key is learning to weather those seasons together because you are committed to each other. And the BIGGER key is praying for each other and talking to God about things. And reaching out when you need help.

You've learnt a great deal through the indie publishing process and you've written a book about it. What's one aspect of it that particularly surprised you?

Great question. I think every author is surprised by that first one-star review. Who wouldn't like our books, we wonder? :) But living in this age of Internet and instant feedback, it's something we have to get used to. At some point we learn that those who enjoy our books are our true reader demographic. The low reviewers won't read our future books and they're not the readers we need to target when writing.

I also love the symbiotic process of being an indie author. I can ask my readers directly on Facebook which blurbs pull them in. I can share early cover art with my Christian indie author group and see which flies the best. Basically, I can cater to my readers in many ways. I love that process.

I've also been thrilled to see new indie doors opening in the past couple of years, such as ACFW (American Christian Fiction Writers) and other organizations allowing qualified indies to compete for awards, etc. I've also seen many more reviewers become willing to read/review indie books. Many indie authors are striving for quality, producing great books that can compete, fill niches, and that draw readerships. I am so thrilled to be part of this and in many ways, it is a golden era for authors. It's a lot of work to go indie and do it right, but it's also very rewarding.

Thanks for letting me visit today, Ian!

Tess Spencer loves her low-key job at the Crystal Mountain Spa, which allows her plenty of down-time with her one-year old daughter and lawyer husband, Thomas. But when a pool installation turns up eight skeletons in the spa’s back yard, Tess becomes entangled in a sleuthing job destined to go awry.
As the investigation gets underway, someone dumps a fresh body near the excavated burial site, confirming unspeakable fears. A serial killer has returned to Buckneck, West Virginia…a skilled hunter with a unique taste in prey.
When Tess agrees to help the cunning Detective Tucker gather clues from the inside, she discovers the posh spa hides more than dead bodies. Even as she sifts through layers of deceit, Tess realizes too late that the killer’s sights have zeroed in on her.
Unpredictable psychological mystery replete with memorable characters, Trial by Twelve is Book Two in A Murder in the Mountains series.
This novel is written from a Christian worldview.
AUTHOR BIO:

HEATHER DAY GILBERT enjoys writing stories about authentic, believable marriages. Born and raised in the West Virginia mountains, she believes that bittersweet, generational stories are in her blood. A graduate of Bob Jones University, Heather has been married for eighteen years and has three children.

Heather's Viking historical novel, God's Daughter, was an Amazon Norse Bestseller for an entire year. She is also the author of A Murder in the Mountains mystery series, and the Indie Publishing Handbook: Four Key Elements for the Self-Publisher.

Ian Acheson is an author and strategy consultant based in Northern Sydney. Ian's first novel of speculative fiction, Angelguard, is now available in the US, UK, Canada and Australia. You can find more about Angelguard at Ian's website, on his author Facebook page and Twitter
Posted by Ian A at 05:00