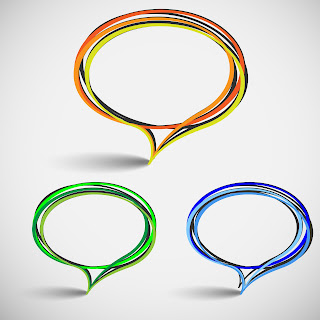 This post is part of a series illustrating some of the common fiction editing issues I see, using Atlanta Nights by Travis Tea as our example. For those of you who didn’t read my post introducing Travis Tea and his illustrious novel … you might want to go back and read the post. It will explain why I have no fear of upsetting the author with my critique.

Beats are used in fiction to break up the dialogue and provide a sense of progression and movement. In Self-Editing for Fiction Writers, Renni Browne and Dave King define beats as:


The bits of action interspersed throughout a scene, such as a character walking to a window …

Usually they involve physical gestures, although a short passage of interior monologue can also be considered a sort of internal beat.
While Browne & King recommend the inclusion of beats, they also caution against using so many beats that the pace of the scene is lost. I’ve seen manuscripts where there are no speaker attributions, but an action beat before or after every sentence of dialogue (sometimes before AND after). It gives a choppy feel to the dialogue, distracting the reader from what has been said to what is being done.

Yes, action beats are showing rather than telling, but too many and they become as offputting as creative speaker attributions (discussed in my previous post).

Another issue I often see is combining a speaker attribution and an action beat, as Atlanta Nights does:


“As you've probably heard Yvonne,” began Penelope Urbain. Seriously brushing a gleaming scarlet tress out of her tearful eye “Bruce has come home from the hospital after his accident.”

The exception would be where the beat is expanding on the attribution in some way.

Writing instructor Margie Lawson coined the term “dialogue cues” to refer to physiological reactions which give the reader a subliminal psychological cue as to what is going on underneath the scene. Dialogue cues create subtext, giving your reader the feeling she is literally reading between the lines as she’s picking up subliminal cues as to the thoughts and reactions of the characters … not from what is being said, but from what isn’t being said.

As a reader, the skillful use of subtext is what separates the good writers from the outstanding. To learn more about writing strong dialogue and dialogue cues, I recommend reading Margie Lawson’s lecture packets, Writing Body Language and Dialogue Cues and Empowering Characters’ Emotions, both available from www.margielawson.com. (If you want more reasons why you should learn from Margie Lawson, read the recent posts from Dorothy Adamek and Andrea Grigg).

Here’s my improved version of the opening to Chapter Three of Atlanta Nights, incorporating improved dialogue tags, action beats, dialogue cues, and the dialogue changes discussed in my earlier post:

“Bruce has come home from the hospital after his accident.” Penelope Urbain brushed a scarlet tress across her face.

“You must be pleased. He was badly hurt.” Yvonne’s tone was the perfect blend of sympathy and encouragement. Anyone who didn’t know her would think she cared.

“We need to have a serious discussion about this.” Now Yvonne sounded earnest, even genuine, but what was there to discuss?


As you can see, I’ve also used the speaker attributions to provide some characterisation (well, I’ve attempted to. I’m a fiction editor, not a fiction writer!). The scene is from Penelope’s point of view, and these attributions show something of Yvonne’s character—or how I imagine Penelope sees Yvonne—and provide some insight into the relationship between the two women. Of course, this is open to interpretation: it could be that Yvonne is a genuine person, and Penelope has some emotional issues in her past that mean she misinterprets the actions of other women, which makes her an unreliable narrator.

I've attempted to follow the rules for dialogue tags, incorporating action beats, and attempting dialogue cues. What do you think? Can you suggest any improvements?