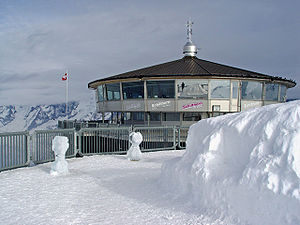 This post is part of a series illustrating some of the common fiction editing issues I see, using Atlanta Nights by Travis Tea as our example. For those of you who didn’t read my post introducing Travis Tea and his illustrious novel … you might want to go back and read the post.

Today's excerpt is from Chapter Three.

Penelope was starting to get worried about her friend's habits in eating and drinking. Her cheeks were almost as red as her hair already, like red Delicious apples under green leaves which were her eyes and the dark pupils were like little curled up caterpillars in the middle.

“Do you think it is a good idea to have another 1 Yvonne?” interrogated Penelope.
“Yes one more will not hurt me and then I will quit,” retorted Yvonne.

They did not notice that Steven Suffern was watching them secretly from his table across the dining room. They were at the Polo Club for lunch. The restaurant was a large room with a number of tables and some big windows looking out over the golf course and the lake. Both men and women and couples were eating lunch.


The first obvious error in this passage is around the use of point of view, specifically, headhopping. We discussed this in a previous post, which you can find here: Interior Monologue.

There are also creative dialogue tags, which we discussed here, here and here.

The other obvious error is the use of “1” for “one”—the convention in fiction is to spell out numbers below ten (or below one hundred, depending on which style guide you favour. Yes, there are rules for these things, and the “experts” don’t always agree). There are also punctuation issues, but we’ll save those for another time.

So what are we talking about today?

In this example, Penelope compares Yvonne’s cheeks to Red Delicious apples—a nice enough comparison, if a little cliché and somewhat childish. But the author carries the image on, comparing Yvonne’s eyes to green leaves—not bad, but definitely not good. Penelope then compares Yvonne’s pupils to “little curled up caterpillars”. 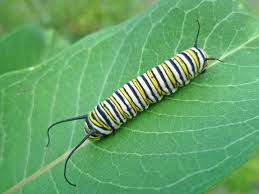 And that’s why it’s a bad description: because it jolts the reader out of the story. Instead of becoming engaged in the story, I’m wondering about what colour caterpillars are, and what breed of butterfly or moth might have black caterpillars (assuming that’s the image Travis Tea was looking for).

The next problem is unnecessary description. I don’t know about you, but most restaurants I know are large rooms with tables. It’s not new. Nor is the idea that the restaurant has people in it (men and women, no less), and they’re eating lunch. At lunchtime.

It’s the culinary equivalent of telling us the protagonist has two arms, two legs and one head. Our life experience means we assume certain things (like restaurants having tables and customers, and serving lunch at lunchtime), so this description is redundant. It’s telling us what we already know. And telling is usually a bad thing.

What could the author have done instead? 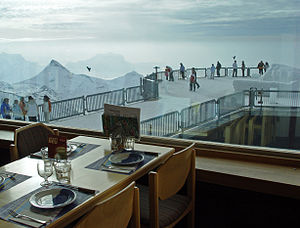 The other thing the author could have done was use the description to deepen characterisation. How could the author have described either Yvonne or the restaurant in a way that would have given the reader the information we need to anchor us in the scene, at the same time as showing us an insight into Penelope’s character?

Should Yvonne be drinking this much? Her cheeks were already as red as her hair, the overall effect unfortunately accentuated by the contrast with her bright green eyes.


They were at the Polo Club for lunch. The restaurant overlooked the golf course and the lake, and had the same expensive-yet-sterile décor as every other polo club, golf club, and country club restaurant Penelope had ever visited. Except this club also had the delicious Steven Suffern to add variety and his own special brand of ambience.


Can you give an example of outstandingly good (or bad) description? Share in the comments!