I have had some interesting experiences during my writing journey, as I have spoken at many and varied places, promoted my books in stores or simply taken them somewhere to sell. In fact, from time to time, I threaten I will write a book about it all ... one day. Yet I doubt I will because, while most of my experiences have been so rewarding, I might well be too unkind about those that were not!

Take, for instance, the occasion I drove almost two hundred kilometres to speak in a church service. By the time I arrived, it had begun to rain, so I carried my books inside as quickly as I could—all the while watched by various church folk. I was shown a table I could use, but later discovered I had indeed sinned, since it was the morning tea table! I poured myself into speaking, had one good conversation, sold one book, then drove back home in the pouring rain, having been given nothing towards travelling costs—and certainly nothing for speaking.

Or take the time I sat at a church fete all day in the boiling sun, with even my book covers sweating in the process, only to sell not one book. Or the time I drove right across Sydney to speak on a busy Saturday evening, to have only four women turn up, since the meeting had not been advertised well. Or the time I was invited to speak at an RSL club nearby. Again, I was shown a table I could use—only to be told, minutes after setting up my books, that it was needed for the food. Instead, I was given a tiny, low, round table to use, still with the wet rings of cold beer glasses on it!

I doubt a book about such things would be either kind or uplifting, don’t you? But I have had many other experiences worth writing about. Like the time I spoke at a very well attended women’s breakfast. It was beautifully organised, with someone else even volunteering to sell my books afterwards, while I focussed on praying for various women instead. Later, I received a cheque for what to me was such a mind-boggling amount that I thought they must have added an extra zero by mistake!

Or take the conference I spoke at in a country town one weekend where several women bought all four of my novels published at the time in one big swoop, much to my amazement. Or take the many smaller meetings where I have spoken, including one only last week. I had just talked about how thankful I am for those who encouraged me on my writing journey and challenged those present to encourage others in their lives, when a lady I knew from years ago spoke up. She shared how I had given her a little encouraging note way back in 1992 that she has carried in her Bible ever since. A wonderful, ‘God moment’ indeed, well outweighing any negative experiences I have had.

So I encourage you all in your writing journeys, wherever you are at. Let’s take the good experiences as moments of great grace and be thankful. And let’s take the less than good as opportunities for growth, when God can comfort and strengthen us to keep on persevering. 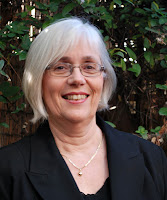 Jo-Anne Berthelsen lives in Sydney but grew up in Brisbane. She holds degrees in Arts and Theology and has worked as a high school teacher, editor and secretary, as well as in local church ministry. Jo-Anne is passionate about touching hearts and lives through both the written and spoken word. She is the author of six published novels and one non-fiction work, Soul Friend: the story of a shared spiritual journey. Jo-Anne is married to a retired minister and has three grown-up children and four grandchildren. For more information, please visit www.jo-anneberthelsen.com.
Posted by Jo-Anne Berthelsen at 04:00