Whaaat? You’re not coming to conference?

Whaaat? You’re not coming to conference?

I know there are all kinds of reasons not to come to the Omega Writers’ Conference. Most are good and reasonable. But there is one that I want to shoot down in flames (oh no, a cliché … maybe I’m not a real writer and all those real writers out there will notice all the grammer and speling mistakes in here).

Ever heard of it? This phenomenon was brought to my attention only last week. Well, the name of it, anyway. To tell you the truth, I have suffered from it my whole life. So how do you know if you have it and whether it might be making you hesitate about coming to conference?

Are any of these thoughts familiar?

Maybe I shouldn’t come to conference until I have ‘made it’ as an author.

I’m not a real writer. I only dabble a bit.

I’m not published like the real authors who will be there.

I wrote something great once but I don’t have the ability to do it again. It was a fluke.

I self-published so I haven’t had the quality of my work screened by a publisher.

I don’t understand the rules and techniques of writing. I think it’s all going to be above me.

I’m not a writer. I want to write, but I hardly ever do. Life gets in the way.

People might realise the truth about me. I’m a fraud.

I’d love to be a writer, but I really don’t have the talent.

Some people are called to write. I just do it because I enjoy it. They’re more gifted and important than I am.

I don’t even know yet if I really am or want to be a writer.

I’m just someone no one listens to so I have to write to express my 10,000 words a day somehow.

I don’t write for the Christian market. I don’t belong. (I just have to say here, that we are a group of Christians who write many and varied things, including for the mainstream. A Christian carpenter is not expected to just build crosses and communion trays!)

Is there another, similar reason that comes to mind?

I want to tell you right now that we WANT YOU THERE!

Whether you have written 100 books and have them all published, or once wrote a paragraph for a church bulletin, or you journal privately every now and then.

Because the truth is, we all start somewhere. We are all at different stages of the journey. As Richard Bach, best-selling author of classics such as Jonathan Livingston Seagull, says:

A professional writers is an amateur who didn’t quit.

We all begin as an amateur.

And even those who have published many books still battle this impostor syndrome. Wikipedia describes it this way: Impostor syndrome (also known as impostor phenomenon or fraud syndrome or the impostor experience) is a concept describing high-achieving individuals who are marked by an inability to internalize their accomplishments and a persistent fear of being exposed as a "fraud".

So come along to a conference and learn the techniques you don’t think you have. Come along and develop. Dream big! Let God direct you without you putting up your own barriers of self-doubt and fear. Learn from those you consider to have ‘made it’. I can assure you they are more than willing to share with you. And they are still learning, too. They might just be further down the track than you are.

Don’t compare yourself with others. The truth is, no one can write what you can. No one has experienced what you have. No one else has lived your life. God has not given anyone else exactly the same gifts, talents and experiences he’s given you. We can all learn from each other.

Don’t be intimidated by others. Realise you are not alone. (And if anyone else is willing to share their ‘impostor’ thoughts at the end of this and call them for what they are, I’m sure there will be many who relate to them and are encouraged by your vulnerability). 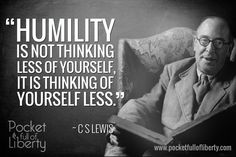 As C.S. Lewis said, ‘Humility is not thinking less of yourself, but thinking of yourself less.’ Stop overthinking, comparing, worrying … step out and take a risk. Be the writer you’re scared everyone else might discover you want to be but might not actually be.

‘For God has not given us a spirit of fear and timidity, but of power, love, and self-discipline.’ (2 Timothy 1:7 NLT)

Hmm, I don’t think I like this post. I’ve just challenged myself out of my comfort zone.

See you at conference!

Jenny Glazebrook is this year’s conference chaplain and part of the pastoral care team. She lives in the small town of Gundagai, NSW, with her husband, four children and many pets. She loves to write and encourage others in their writing journey and walk with Christ.
Posted by Jenny Glazebrook at 05:00