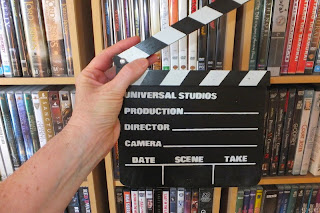 Novels and movies are typically made up of scenes: little stories or vignettes that progress the plot in some way. Perhaps it’s a glimpse into the protagonist’s character, the foreshadowing of a tricky situation, a skinny latté between friends or a phone call that sets off a rippling chain of events. The point is that something happens. However, scenes are more than the playthings of fiction writers; they’re “the building blocks of creative nonfiction” (Gutkind, 2012, p. 107).

Anna Elkins’ award-winning essay about her travels in Israel includes visits to thermal pools, a kibbutz and Roman ruins, but never reads like a travelogue. There’s peril, interpersonal encounters and deeper questions of life and meaning. She writes beautifully (e.g. “two contrails met in a calligraphy of white”), but another reason the story is so engaging is that it’s told almost entirely in scenes. If you have ten minutes to spare, it’s well worth reading Of Danger and Beauty. I count five major scenes. The first takes place in Tel Aviv where a missile is intercepted. The second involves Anna and her friend Tsach having a dip in the Dead Sea. Can you identify the other three?

Read more at the following link:

http://australasianchristianwriters.blogspot.com.au/2015/03/creative-nonfiction-part-2-nola-passmore.html
Posted by Narelle at 05:00

Email ThisBlogThis!Share to TwitterShare to FacebookShare to Pinterest
Labels: Best of ACW Archives