Getting Under Your Skin by Rita Stella Galieh

I recently finished reading a great historical romance
where everything was going wrong for the heroine.
One thing after another seemed to weigh her down.

Now was this enough to turn me off? Somehow the author had managed to draw me in so that I was experiencing all the angst of this poor young woman. As in all good plot lines, conflict followed upon conflict

She had weak parents who ignored her, instead favouring the son and heir, a ne'er-do-well and an inveterate gambler. They willingly paid one debts after another by purloining monies their daughter had saved to pay household bills. They left her to worry over everything. With a poor excuse for a father who spent his whole life, to the detriment of his family, collecting bird's eggs and a helpless mother who spent all her time making yards of unsaleable.lace, their daughter surprisingly developed as a responsible and very sympathetic character. Not an annoying goody-goody but a genuinely nice person.

The author wrote in such a way I found myself feeling as frustrated as if I was in the heroine's skin.  Then when things began to go her way in the form of a bequest, my spirits rose. I had to remind myself I was reading a novel, for goodness sake! That is what good writing is all about, my friends, totally identifying with the character.


Writing as a Christian

This is also a challenge as we want our characters to have that inner struggle that Paul spoke about. eg. The things she wants to do she doesn't and the things she does, she knows she shouldn't. Oh yes, Christians have certain moral boundaries and struggle against temptations. So how will your character react when faced with these?

In the story I am presently writing, I am constantly asking myself how would I feel if this or that happened to me? Besides figuring out your character's goals, questioning your own emotions or attitudes helps give that character flesh and bones. It's also challenging if one of your main characters is a real nasty piece of work, but dredging up memories of certain real life people from your own experiences helps. Especially if you've been treated poorly. No, that is not a type of 'author's revenge', it's simply writing true-to-life to reveal the depths of a mean character,not forgetting to include what happened in that character's past to make them that way.(Yes, even a villain needs to evoke some sympathy.) 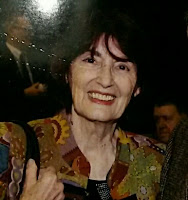 Without naming the title, have you recently read a story where you felt the main character did not have realistic feelings? And did it leave you disappointed?

Indie Publisher, Rita Galieh, has written a trilogy of historical novels & also contributed to several US anthologies. She is now completing a third historical romance series. Besides her blog, she can be found on Facebook and www.ritastellapress.com   Rita studied art at the National Art School then joined the family ceramics studio. After their marriage, she and her husband attended Emmaus Bible College, and were also involved with Christian Television on Sydney’s Channel Nine. Currently she co-presents Vantage Point, an Australia-wide Christian FM radio program. She enjoys giving her fun-filled presentations of ‘Etiquette of the Victorian Era’ in costume.