A Question of Interpretation: Introducing Stories of Life 2018 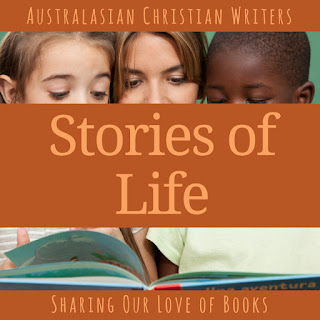 Storytelling is essentially an act of interpretation, especially when we tell true stories of something that happened to someone.

A CCTV camera records pictures, and a court transcript records words, but neither tells a story in the artistic sense. A story needs something more. It needs interpretation. It needs to answer the question: what joins the plot points? Or, more importantly, who? And why?

Plot is merely one way of telling a story, by connecting the happenings tightly, usually through causal chains. Plot is a marvellous device. But it’s not superior to story, and not even necessary to it.


In the opening pages of the Bible, we have the plot points of creation, temptation, and the fall. The serpent questions Eve – ‘Did God really say?’ – thus introducing doubt. With naivety, Eve recounts the story, affirming God’s commandment, but the serpent then reinterprets the story to suit his purpose:

You will not surely die, for God knows that when you eat of it your eyes will be opened and you will be like God, knowing good and evil.

It is only human to long to know if our lives are by design or by chance. If it is by design, we wonder about the identity and character of the designer: good or bad? Kind or cruel? Still invested in us or distant and disinterested? The way we interpret our lived experience affects the decisions we make and ultimately the life we live.

In the Bible, we hear heroes of the faith interpret key moments in their life. When Abraham saw the ram caught in the thicket, he didn’t thank his lucky stars. Instead, he named the place, 'On the mountain of the Lord it will be provided.'

While running away from his brother who wanted to kill him, Jacob had a dream. He did not attribute this to stress, but said, 'Surely the Lord is in this place, and I was not aware of it.'

When Joseph’s brothers came begging for grain, he did not see this as a chance for revenge, but as evidence of God’s greater purpose, 'God sent me ahead of you to preserve for you a remnant on earth and to save your lives by a great deliverance.'

These stories form the bedrock of our Christian faith. 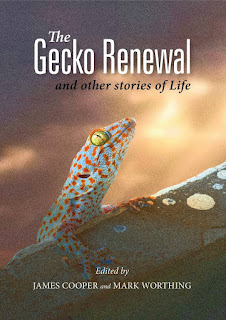 They tell us God joined the plot points. For our faith to be living and vibrant and active, we need to know that God still joins the plot points today.

In the 2017 Stories of Life anthology, The Gecko Renewal, I read exactly that. In one of the stories in the anthology, Three Miracles, Hazel Barker records what her Christian mother had said in war-time Burma. 'Last night, while the bombs rained down, Rose sang, Father, we thank Thee for the Night. Her eyes were shut when she thrilled out the hymn. I placed my hand on her forehead. Her temperature had dropped. I knew the crisis had passed.

In Freedom Calls, Shakira Davies recalls an abusive relationship, ‘Then you raised your fists. I knew what was coming, and yet I could feel an unusual strength inside that I drew on. I steeled myself and stared at you, almost daring you to act. You stared at me, drew back your hand, read to punch … but what happened? What did you see? Because you dropped your hands and walked out. I knew at that moment that God had been the one protecting me all my life. I knew at that moment God was protecting his child.’ 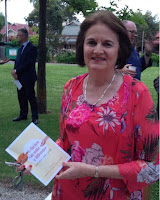 In A Moving Experience, Jo-Anne Berthelsen poses the question, ‘Could God play a key role in such a practical matter as moving house? What do you think?’

We are Christians most probably because we have seen God’s hand in some aspect of our lives. I am writing today to ask a question:

Would you consider writing up one such story and enter it in the Stories of Life writing competition?


Our website states, ‘We are not looking for devotionals or reflections on bible passages.’

Apart from the AUD4,500 worth of cash prizes, Stories of Life is also a chance to get your story published because all short listed entries will be published in an anthology at the end of the year. Some stories will also be broadcast on Life FM radio in Adelaide and may also be printed in the Eternity Matters column of various newspapers.

To date, over sixty stories of faith and testimony have been published. 2017 runner up, Lisa Birch, noted, ‘One interesting thing about being published in Stories of Life has meant that people in my life who don’t usually read have been really happy to read The Gecko Renewal – and not just my story either. The incidental collaboration with people from all walks of life is refreshing – there really is something for everyone in this anthology.’

At Stories of Life, we want to help Christians tell their stories well. We have numerous writing resources on our website and we are holding a free editing class tomorrow, Thursday, 21 June, at Tabor Adelaide. The first part of the workshop, from 7pm to 7:30pm Adelaide time, will be live streamed on Facebook. Those wishing to attend in person and participate in small group work, please register here.

The closing date for submissions is 31 July 2018. Winners will be announced at the official launch of the Stories of Life anthology in late October or early November. 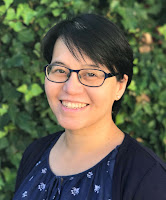 From 2007 to 2015, May-Kuan Lim wrote a monthly parenting column for The Borneo Post. She would interview experts for the column to answer her own parenting dilemmas. Interviewing people and writing became her way of trying to understand the world. In 2015, she won an Arts SA Emerging Mentorship grant for a narrative non-fiction work on asylum seekers. She is a member of Writers SA and Oral History Australia. May-Kuan blogs at maykuanlim.com.
Posted by Iola at 05:00