Who Are We Writing For? 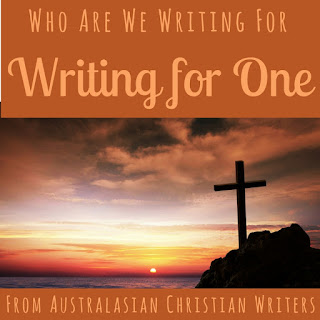 I often come across writers who are considering writing a book, or who have just published their first book. Someone will invariably ask who the book is for.

Many new authors have a common response: their book is for everyone.

The only book ever written that is truly for everyone is the Bible (and the pedantic will say that's not actually one book. It's 66 books in two major sections, the Old and New Testaments).

Even if we accept the Bible as one book, we also have to accept another truth: It might have been written for everyone, but not everyone cares. Even those who say they care often show a woeful lack of knowledge of the contents.

Not even the Bible can please everyone.


This is why savvy authors don't try to please everyone. Instead, they focus in on a target market.

All these questions can help us better understand our target reader.


Some writers identify with their target reader to the point they have an audience of one. One person they are writing for. This may be a real (unnamed) person. Or it might be an avatar, a made-up person who symbolises their target reader.


While I understand and respect the sentiment, it has always struck me a somewhat redundant. We're talking about God. The all-knowing, all-seeing, ever-present God. He knows our hearts and our minds. Our writing isn't telling Him anything He doesn't already know.

So what's the point in writing for an audience of One?

In Writing in Obedience, Terry Burns and Linda W Yezak describe Christian writers as either writing as a calling, or writing as an offering.

Both are forms of obedience. If we believe we have a calling to write, then we must be obedient to that calling. We must write, and we must write what we believe God has called us to write.

So are we writing for an audience of one? Or One?


I do believe we should write for an audience of two: One plus one.


We write for the One as an act of obedience, whether that's a calling or an offering.

And we write for the one, the target reader the One has called or led us to write for. Then we let the One lead the one to our writing, for His glory:


Through the obedience of the one man the many will be made righteous
Romans 5:19

What do you think?