The huge value of humility 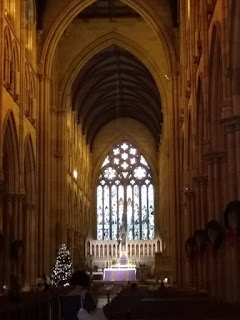 What's the real indication of whether or not a person has humility? Recently I had a bit of help trying to tackle that question from C.S. Lewis and a horde of sneaky demons he created.

It's not that Catch 22 we may instantly think of.

Does this seem familiar? You're graciously blowing off praise, and it suddenly occurs to you, 'I'm being very humble right now.' Then the whole illusion bursts into nothing. Humility is a bit like a shining soap bubble and pride is a sharp pin. Now you have to crank up the next attempt to convince yourself that you're humble all over again.

In Lewis' classic, the demon Screwtape instructs his protege Wormwood how to work on destroying humility in his human assignment. 'He's truly getting humble, so draw it to his attention. And if he tries to smother this new form of pride, make him proud of his attempt and so on, for as many stages as you please.' He does add, 'Don't try it for too long though, for fear you awaken his sense of humour and proportion, in which case he'll merely laugh at you and go to bed.'

Perhaps we do reach a stage where we roll our eyes and stop buying into that spiral anymore.

Screwtape goes on to spell out for his nephew what true humility really is. He needs Wormwood to be on the lookout for it. It's getting your attention turned away from yourself and fixed on others. He advises Wormwood to work with special care, to convince his human to believe the lie that humility is actually having a low opinion of himself. This just makes us feel bad and keeps our minds riveted on ourselves, where those nasty demons want them to be. 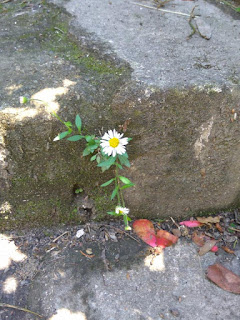 I'll quote Screwtape directly. 'The enemy (God) wants to bring the man to a state of mind in which he could design the best cathedral in the world and know it to be the best, and rejoice in the fact without being any more (or less) or otherwise glad at having done it than he would be if it were done by another. The enemy wants him to be so free from any bias in his own favour that he can rejoice in his own talents as frankly and gratefully as in his neighbour's.'

Wow, if that's it, I know in my own heart I've fallen way short of this many, many times since childhood. I've always wanted to write well, and my tremendous love and admiration for books I've read has been tinged with a wistful envy, and the thought, 'I wish I could've written that.'

Have you ever caught yourself saying the same? 'I wish I could write such an epic mission adventure that brings a time and place so vividly to life.' Or, 'Wow, imagine coming up with such convoluted twists to bring racial prejudice to the public so powerfully. I wish I could manage world-building of that magnitude.' Or, 'If only I had the skill to draw from centuries of folklore and tradition to create such a complex universe.'

When we think about it, that's such a miserable and limited way to think. Instead of picturing ourselves as separate beings working on our own projects, how about expanding our vision to see ourselves as small creative cogs, sharing a collective assignment to bring heaven closer to earth? A great achievement for one person is an achievement for all. That goes for writing as much as anything else. The goal of the accomplished author, and the appreciative fan who keeps the momentum alive should be synonymous. That's real humility, and I'm sure it taps into what the Bible means when it calls us members of one body.

But it sounds so hard to pull off, especially in our world where talented mouthpieces and catalysts get valued so highly. However, if we don't embrace the humble way of thinking, the price may be too high and sad to pay. I remember watching the movie Amadeus back in my teens, which was based on fact. The composer Antonio Salieri kept fuming at God for not giving him Mozart's genius. In his jealous mind, Wolfgang Amadeus Mozart was a shallow, flippant, spoiled brat who didn't deserve his talent, while he, the dedicated and hard-working Salieri, did. How tragic that he was so wrapped up in himself, he missed the whole point of what creativity is all about. Salieri couldn't rejoice with the world that powerful compositions were flowing forth from somebody. A truly humble person would be delighted, regardless of the source. Whenever we have our own ego dripping into anything, it instantly makes the pool murky.

So I encourage us all not to forget that the truly humble and generous spirit is worth far more than merely writing well. Only then can we be part of something as big as what we originally dreamed of. Humility makes our own lives far happier too. Because when we can set our minds to truly rejoice in any great success, regardless of the source, we can enjoy millions of victories instead just a few, if any. I'll let Screwtape have the last word. 'When they have really learned to love their neighbours as themselves, they will be allowed to love themselves as their neighbours.' 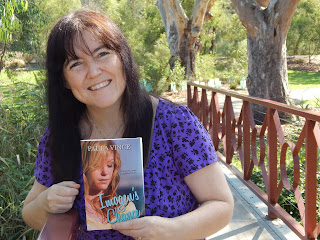 Paula Vince is a South Australian author of contemporary, inspirational fiction. She lives near the beach in beautiful Adelaide, with its four distinct seasons, and loves to use her environment as settings for her stories. Her novel, 'Picking up the Pieces' won the religious fiction section of the International Book Awards in 2011, and 'Best Forgotten' was winner of the CALEB prize the same year. She is also one of the four authors of 'The Legacy', 's first and only collaborated Christian novel. Her most recent novel, 'Imogen's Chance' was published April 2014. For more of Paula's reflections, you may like to visit her blog, The Vince Review.