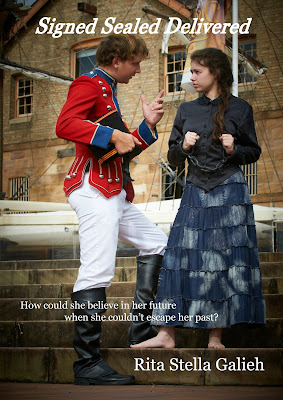 How could she believe in her future when she couldn't escape her past?
The completely updated version of my historical romance, Signed Sealed Delivered will be available on AMAZON Kindle... today!
Years ago when I studied art at Sydney's National Art School I discovered its previous occupants were not as carefree as we art students. It was known as the Darlinghurst Gaol. Great sandstone buildings fanned out from a central roundhouse which once served as a chapel. That's where I first wondered about its many sad stories, especially if one was truly innocent. I asked myself if any Christians were incarcerated there had they given up hope?
The cast of characters whose lives entwine with governess Megan Trevallyn's destiny follows:
Cornelia Cantrell, scheming mistress of the Mayfair Mansion; Captain Cantrell, her love; Lieutenant John Stafford, her nemesis; Ezra Montefiore, an ardent suitor; and her Christian mentor, Caroline Chisholm, the bane of all who practice excessive adherence to rules and regulations of the new colony.
As Book I of the Watermark Women Trilogy it can stand alone, but for readers who are waiting for the next two books in the series, there will be a decision re publishing in due course. 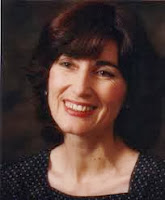 *****
Rita Stella Galieh scripts and is co-speaker on a Christian radio program, Vantage Point, broadcast throughout Australia. With two books traditionally published and as a contributor to several US nonfiction anthologies, she has four more novels ready for the right publisher. Her weekly blog features real life stories from all over the world. see  http://inpspirationalromance.blogspot.com