Among the things I like to consider when writing historical fiction are the cultural idioms and colloquialisms of a particular era. One of the great ones for Australians has surely been ‘mateship’.  Although ‘mate’ is a term which has been used for centuries in working-class British english, it surely came into its own in Australian culture during the World War 1, and depicted the bonds that were forged between those who served together in battle. Jack Simpson Kirkpatrick, the stretcher bearer during the Gallipoli campaign, who used a donkey to carry wounded soldiers from the front lines, exemplifies the spirit of mateship. John Howard, as Prime Minister in 1999, used the term in a Draft Constitutional Preamble … We value excellence as well as fairness, independence as dearly as mateship.
'Mateship' denotes equality, loyalty and friendship.


I’m wondering if this is a word that may be losing some of its earlier meaning as Australian society  becomes more and more diverse, with many different cultural backgrounds. Perhaps there is less sense of common ground, or less that brings about the bonding which occurred between those in the trenches of war. Although I’m sure the value of friendship has not decreased, it may be changing in quality.


As I look back on my own writing, I’m aware that my stories have almost always included close relationships between friends, and highlighted the value of loyal, trusted, dependable mateship, even though I haven’t always used the term ‘mate’ in reference to these relationships. I find such friendships deeply moving to write about, and at least as inspiring as romantic relationships. I think love, in the context of friendship, can have beautiful, profoundly meaningful significance in a character’s life. I believe in the early days of Australian history, mateship was necessary for survival, as so many people were without family, or any familiar source of support. But no matter the situation or era, I believe through characterisation of such relationships we can portray many Godly qualities that we would want our readers to aspire to.


In thinking about this I have come to realise that a source of mateship for me recently has been amongst the community of Christian writers in Australia and further afield. While many family members and friends have encouraged me in my writing, very few have a real understanding of the process that begins with an idea and ends with a printed book. It is those who are on the same journey who can identify with the agony and the ecstasy, the sense of calling, the vulnerability, the pleasure of immersing oneself in an emerging story, the awesomeness of the birth of a publication. 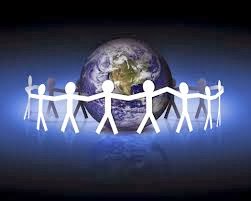 Having self-published my first four books, I am extremely grateful now to be part of a writing community; people who not only understand my journey, but are willing to give advice and feedback, who can offer constructive criticism, who are willing to mutually promote, and who participate in a non-competitive network of writers who are as excited about the success of others as they are about their own. Of course this includes those who offer their professional services in editing, publishing, design and marketing. Even with those I have not met in person, but have connected with on-line, or at one of the writer’s conferences on one or two occasions, there is such a strong sense of ‘mateship’, and mutual good will.
I pray this will continue,  and see us all further our dreams.


Mates matter because they affirm who we are as individuals, and what we are about. They test our dreams and give us a safe place to express our ideas and grow, to be challenged without fear of consequences often present in family relationships. They give us the opportunity to reflect honestly on our understanding of what God is calling us to, and whether we are getting side-tracked or seduced by lesser motives.


I pray that our valuable network of writers will never be soured by success, competiveness, busyness or loss of interest. And I pray that any writers out there who do not feel part of this wonderful network will contact the groups on Facebook and blogs; Australiasian Christian Writers, Omega Writers, or any of our authors individually. You’ll receive a warm welcome, and valuable encouragement and support.
Mateship really does matter. Long may it be part of our Australian culture!