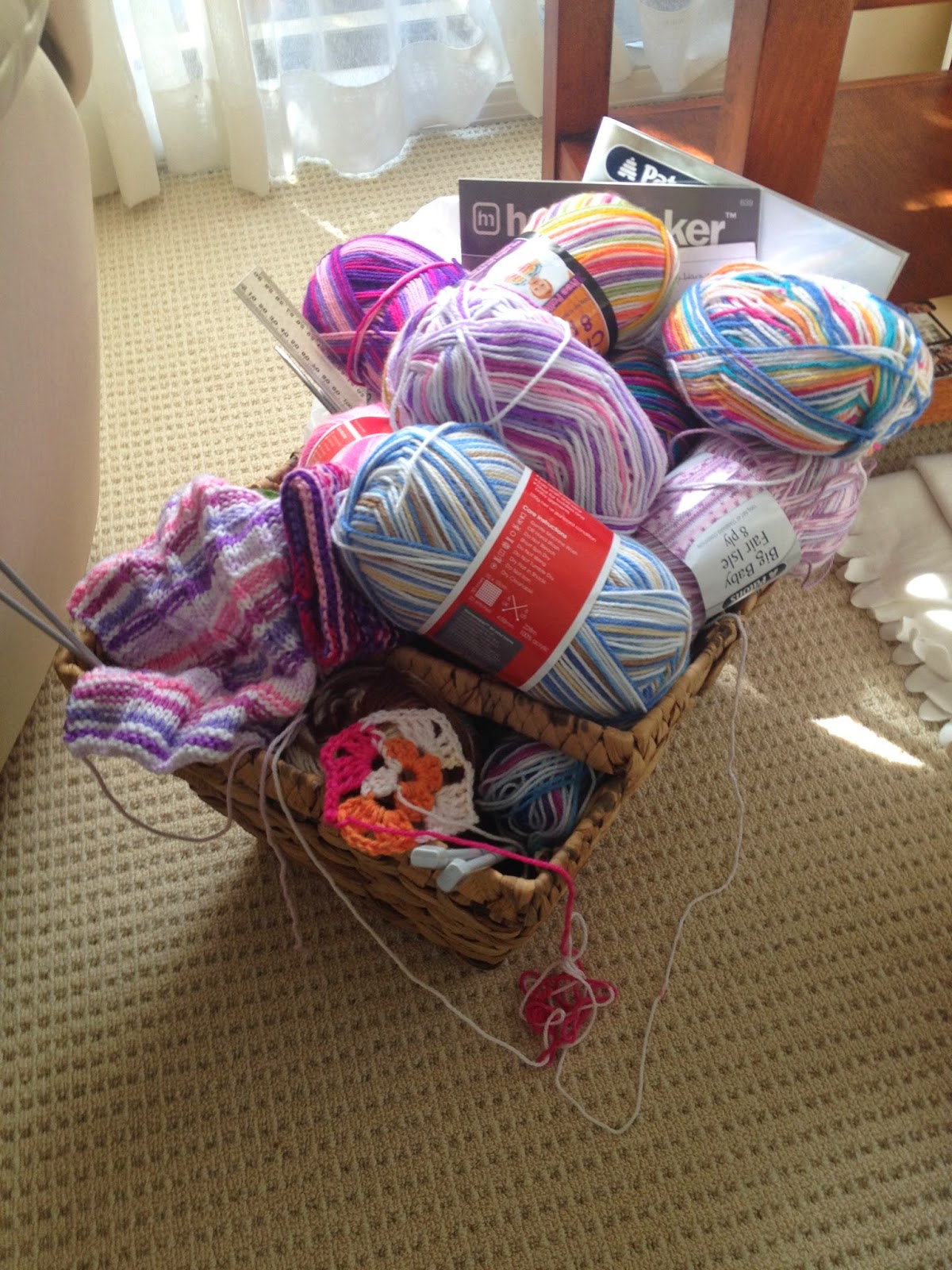 My husband and I (dear me, I sound like the Queen) were having a discussion about my writing.
‘What are you going to work on next?’ he asked.
‘I’m not sure,’ I said, ‘but I’m leaning towards the one about Anna and Ryan. Or maybe Sophie and Will. Penny and Finn? Oh, wait. Perhaps I should finish the one about Tom and Beth because that’s the sequel to A Simple Mistake and I’ve been asked so many times about what happened to Liam ... Why are you laughing at me?’
‘Because,’ said Geoff, shaking his head, ‘your writing is just like your knitting.’
He has a point. I start a knitting project, get a little bored, and start another. And then another.
I do the same with my writing.
I currently have ELEVEN books on the go.
Not that I'm bored with any of them. It’s just that I get a new idea and I can’t resist the temptation to get started.
Some of them are much further along than others. Anna and Ryan’s word count sits at 21k; Sophie and Will’s, almost 23k; Penny and Finn’s around 30k; The Simple Truth, working title for the sequel to A Simple Mistake, 16k.
And I’ve used the same process for all of them.
Writers tend to fall into two categories: we’re either plotters or pantsers. A plotter researches and plans before getting down to business. A pantser gets an idea and simply starts, letting the story and the characters take them where they may. Of course, we can be a mixture of the two, but I think it’s safe to say we tend to lean more strongly toward one or the other.
Oh boy, am I a plotter!
An idea for a story arrives, complete with characters, and I mull it over for weeks, sometimes months. I think up a working title, make a folder on my computer, and off I go.
I make a character chart for my male and female protagonists: physical description, personality, family background, aspirations, things that have shaped them, likes/dislikes etc.
I research my setting(s) and collect images. I map out a plan in bullet points. (By the way, once I’m into the story the plan can change. Probably the only pantser part of me!)
I daydream while doing the housework and listen to conversations in my head. How I remember them I’ll never know, but I do. (Why can’t I remember to get everything on my grocery list?)
It’s only when I have a good grasp of my characters and where it’s all heading that I type ‘Chapter One’. You’d think I’d be on a sprint after all that wouldn’t you? But no. Once I’ve finished each chapter, my self-editor kicks in. I go over and over what I’ve written before starting the next one. There’s a word for people like me but I don’t think I should use it here! Maybe ‘pedantic’ will suffice. 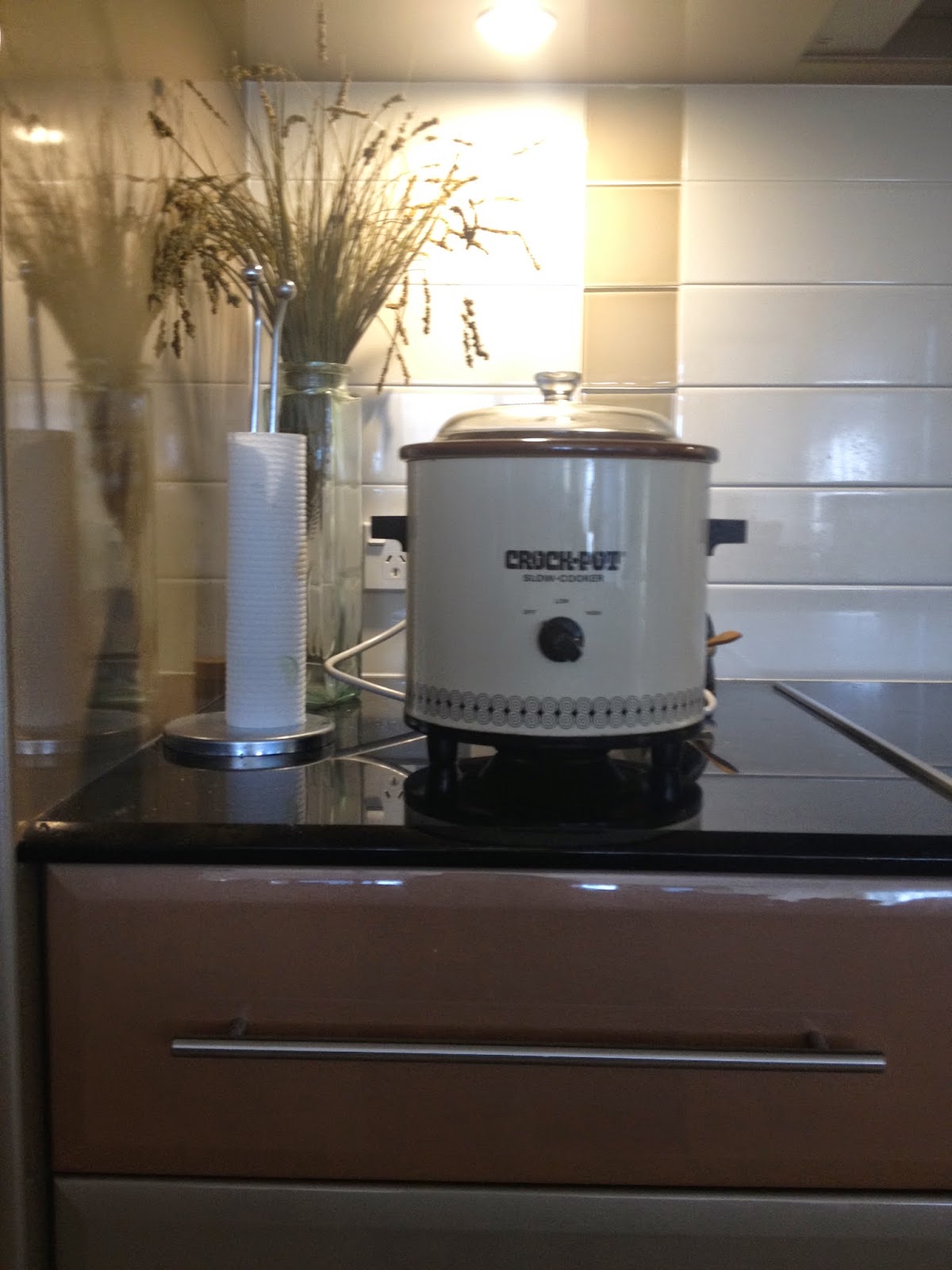 I often say my stories take a while to ‘cook’. I’m working on writing faster, but it’s fair to say that if I was a kitchen appliance I’d be a crock-pot (no snide remarks thank you) rather than an oven and definitely not a microwave!
Like my photo? That's an original wedding present from 1984!
So, if you’re a writer, which cooking appliance best describes you?
And just in case you were wondering, I eventually finish ALL my knitting projects! 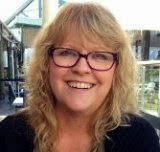 Andrea writes contemporary romance. Her latest novel Too Pretty was released on August 1 by Rhiza Press. Her first book A Simple Mistake was a finalist in the CALEB Awards 2012