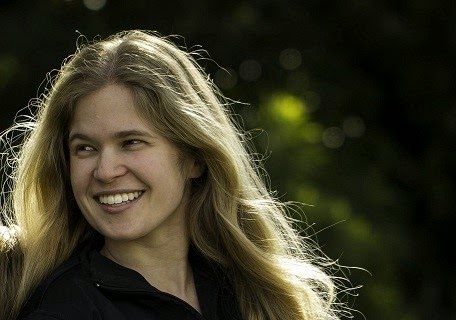 Tell us about your background:

I was born in Sydney but when I was six months old, my parents moved overseas. We lived in several different countries through my childhood - Singapore, England, Wales, Indonesia and the United States. I finally returned to Australia - to Canberra, then Bega Valley (Sapphire coast, NSW), and am currently in Sydney's west. Bored on a family trip, my mother suggested I start writing a story. So I did. It was fun. Mum also bought me puppets and enrolled me in drama classes outside of school to help me overcome being shy and I just continued doing drama through high school and drama and film university along with extracurricular creative writing.

I think I like film because it combines everything - it is technical and creative, revolving around storytelling. The film “Dead Man Walking” inspired me to think about how to incorporate Christianity in film. While I was at university, someone gave me Bible verses and a picture to describe my future - from a dream. He said it was a series of mountains and each mountain was a part of my life... and one of them was film-making...

Where are you now?

Currently we are in the production phase of film-making for “The Rock” written by award-winning Christian playwright, Cleveland O. McLeish and because some animation is involved, it will take longer than a normal film – so my prediction is 2016 to finish whereas in the past I’d aim to complete a project by October! What is the film about? Who is your target audience?

The film script was inspired by Luke 19 when Jesus is coming into Jerusalem and the disciples are saying “Blessed is the king that comes in the name of the Lord.” After the Pharisees tell Jesus to rebuke them for saying this, Jesus says something to the effect of if they are silent even the stone would cry out. So, the film takes place in a world where people don’t talk much about Jesus and a rock starts speaking to a teenager, to try to get him to talk about Jesus.

I gave this premise to Cleveland (the script writer) and he did the rest! It’s meant to be a family film/comedy for Christians with the most humorous exchanges occurring between the boy and the rock, ultimately with the aim to encourage evangelism! I said – make it funny because I don’t have a sense of humour and I want to try and make a comedy! (Does that sound crazy?!) I think the writer did a great job!

http://heavenboundkingdomstudios.com/TheRock2016.html - general overview of the film with my first every crane camera shot YouTube clip and a possible sound track link.

How can we get more information on the film or support the project?

Jayde Ashley, a girl from my church, has done the artwork for the poster which we think is wonderful.

The Facebook Page contains fun little things you can share with your friends if you want to help us promote the film too such as a funny quick animation I made in January 2015 – an audition by a rock to play the main role. (I’m one of the judges, so is Cleveland, the author of the script... and gee that music is familiar...) For example:


Anything else you want to say?

Actors who have come on board are basically happy to volunteer unless we can make money from the film. I’d really like to help them out financially if possible. Imagine going to a job hoping one day you will get paid? It seems tragic to me. The scripture on my heart about that is "a labourer is worth his wages." So when we start crowd funding, I’d love to see that happen... Please like us on Facebook and keep in touch with this project.

Pia, thanks for visiting ACW today and sharing your exciting journey of filming "The Rock" with us.
Posted by Narelle at 05:00