What are the INPSY Awards and why are they unique? 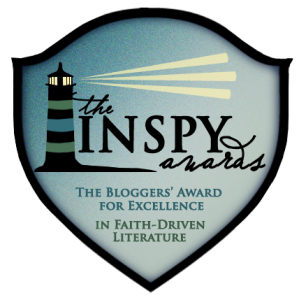 It’s nomination time for the 2015 INSPY Awards, so I thought we should take a closer look at this prize for the very best in Christian literature.

Australia’s Rel Mollet is one of the book bloggers who’s been involved in the awards from the very beginning. Here’s what she had to share about the INPSY Awards in a recent interview.

Dotti ~ You've been involved with the INSPY Awards since their inception. Why did you pioneer this award and how has it met your vision?

Rel ~ A blogging friend of mine, Amy Riley, championed the idea for an award that recognised books that wrestled with faith issues, not limiting nominated books to those published by the recognised Christian publishers. As described on the INSPYs website we wanted to discover and share “the very best in literature that grapples with expressions of the Christian faith.”

Most of the Christian literature awards for fiction, only allow novels published by recognised Christian publishers. Unfortunately, that excluded many wonderful stories published in the general market, or even by authors who may not profess Christian faith but who have penned stories that highlight the truths of Christianity. This is not an industry award, but one established and supported by the many fabulous book bloggers out there who don’t have a vested interest in anything other than great storytelling.

Thus the INSPYs were born. Have we met our vision? Partially. We would love to see more general market books nominated not to the exclusion of those released by Christian publishers but to show that fabulous faith literature exists in both “worlds” and both have tremendously talented writers releasing great stories.

Rel ~ Taking the easy way to answer this question, here’s our book criteria for the 2015 Awards:

The book must have been published in print in the United States between January 1st, 2014 and December 31st, 2014.
Reissues, self-published books and eBooks are not eligible.
The book must possess exceptional literary qualities including but not limited to: innovative, original writing, and depth of characterization.
The book must respectfully grapple with some element of the Christian faith.
The book must not have excessive profanity or explicit sex scenes.
Simply put, to apply to be a judge, you must be a blogger who reviews books!
You can discover the full criteria here.

Dotti ~ How are entries nominated?

Rel ~ Anyone can nominate a book for an INSPY Award, except the author themselves. Nominations are made by completing a form on our website.
As this is a blogger award, we work hard to encourage bloggers and readers to nominate stories that have impacted them in significant ways.

Dotti ~ Would you ever reconsider allowing self-published books into the competition?

Fortunately, the Grace Awards exist for that purpose so we direct all self-published writers to their nomination process.

Dotti ~ Thanks, Rel. What a marvelous achievement to showcase and recognize some of the most deserving stories. Thanks for your commitment to quality storytelling. 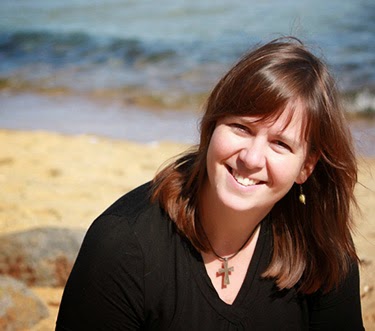 Rel Mollet, a founding member of the INSPY Awards, has been blogging since late 2006 at Relz Reviewz, her site dedicated to showcasing Christian Fiction and its writers, by way of reviews, author interviews, character spotlights, and more. Her passion for the written word was established from the moment she could read, now evidenced by overflowing bookcases and a towering TBR pile. A Book Club Coordinator for over a decade, a correspondent for FamilyFiction’s digital magazine and contributing writer for Novel Crossing and TitleTrakk.com, Rel resides in Melbourne, Australia with her movie-loving husband and three book loving daughters.

What book have you read in the last 12 months which ‘grapples with the Christian faith’ in a way you believe deserves nomination?

What do you think a story needs to stand above the rest and deserve such an award?