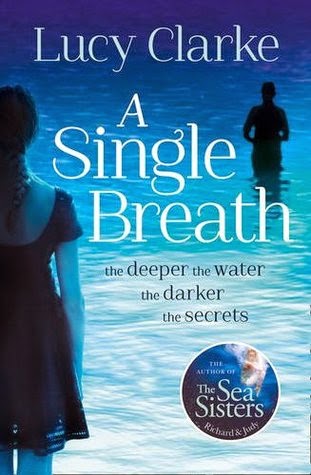 A Single Breath by Lucy Clarke
Blurb
When Eva’s husband Jackson tragically drowns, she longs to meet his estranged family. The journey takes her to Jackson’s brother’s doorstep on a remote Tasmanian island. As strange details about her husband’s past begin to emerge, memories of the man she married start slipping through her fingers like sand, as everything she ever knew and loved about him is thrown into question. Now she’s no longer sure whether it was Jackson she fell in love with - or someone else entirely … The truth is, it was all a lie …
My Review
I was intrigued by this story which drew me into the mystery right from the beginning and kept me wondering to the final conclusion, which is shocking at yet totally believable.  The novel is a great reflection on what happens when a person begins to tell lies, how the first leads on to more and more until life is a tangled mess - in this case one there is no escape from. The challenge in regard to truth telling, it’s costs and the devastation which follows when the truth is skirted around or avoided, is prominent throughout the story, as its complexity grows.
The main characters, Eva, and her brother-in-law, Saul, are well rounded and likeable. It was easy to get deeply involved emotionally with this story because the points of view of both these characters are handled very well. The romantic aspects of the relationships are tender and sensitive. The story will definitely appeal both to those who love romance and to those who like mystery. The pace of the story is good. I didn’t feel there were any parts which dragged and side stories about Jackson’s father, Dirk, and Eva’s best friend, Callie, only add to the  intensity of the main story. To say anything about other characters would give too much away in regard to the plot, which I thought was incredibly well developed.
Most of the story unfolds on a small island off Tasmania and Lucy Clarke describes the environment beautifully and brings it alive to the reader. It’s clear she researches her setting well and also has a good understanding of the diving which Eva and Saul do off the island beach. The ocean, its moods, beauty and terror are woven into the story in graphic and tantalising images. Readers should be warned there is a small amount of bad language in the dialogue, but I was able to accept this as realistically evoked, given the dramatic nature of what was being dealt with by characters.
Lucy Clarke lives in the south of England and travels widely to research for her writing. This is the first of her novels that I have read, but I have already downloaded her other novel, The Sea Sisters. Both are available through Amazon. 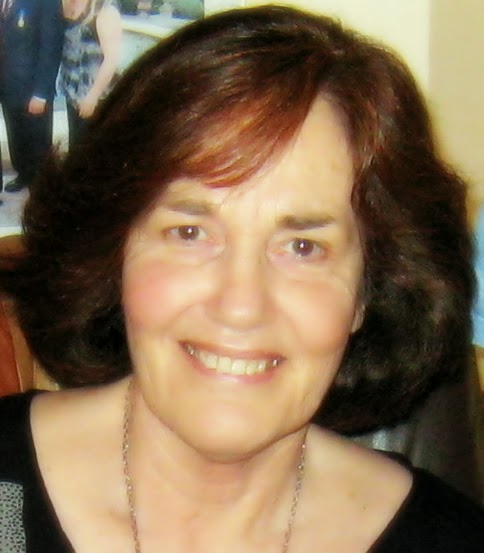 Carol writes historical novels based on her family ancestry in Australia from the First Fleet. They include the Turning the Tide series; Mary’s Guardian, Charlotte’s Angel, Tangled Secrets and Truly Free. Her earlier novels Suzannah’s Gold and Rebecca’s Dream have been re-released by EBP. Her new novel, Next of Kin, is soon to be released by Rhiza Press. You can see more about Carol and her novels on her website
www.carolpreston.com.au
www.amazon.com/author/carolpreston
www.facebook.com/writingtoreach