Life, Ambition and other Strange Animals

By Lynn B. Fowler

For me, it is the unanswerable question: What made you want to be a writer? The truth is, I never wanted to be a writer, and probably still don't. In fact, for most of my life my relationship with writing has very definitely been in the love/hate category.

Dad was a freelance writer, and wrote Australian bush poetry, so writing was kind of in my DNA. I don't remember a time when I didn't write. It was just one of the things I did, like getting dressed in the morning. It would no more have occurred to me to want to be a writer than to want to be a person who dressed.

My ambitions were much more interesting. I was going to be a ballerina and an engineer - at the same time! I figured I could engineer by day and dance by night. After all, when you are ten years old, who needs sleep? Or, for that matter, ballet practice? (And no, the fact that there was not a single female engineer in Australia at that time did not make the slightest difference.)

By the time I was thirteen my focus had changed. Dad's death the year before had made me aware of the reality of God, and I had become convinced that He wanted me to become a nun. That caused all kinds of problems, given that I was not a Catholic. Throughout this time I kept writing, but never thought of becoming a writer.

Eight years, a marriage and two children later, I was working in the publicity department of a television studio. The job involved constant writing: press releases, on-air promos, in-house and client newsletters, occasional radio ads and a weekly television magazine. By that time some of my poems had also made their way into print. Yet I still never thought of myself as “a writer” and, even though I thoroughly enjoyed the work, I certainly never saw it as fulfilling either an ambition or a calling.

Through the very difficult years of my childhood and early adulthood, writing - particularly poetry - kept me sane. It was the only method I had of expressing the anguish that was within me. It was intense and personal: not so much that I wanted to write, or even liked to write, but rather that I simply had to write.

Then, when I was 24, I was saved and called into ministry. Writing took on a whole new aspect. It was now part of the ministry package. With very few exceptions, everything I wrote was designed to inspire and encourage people in their walk with Christ. Today, writing is still part of the ministry package. I don't see myself so much as a writer, but rather as a minister who happens to write.

So, why do I write? Partly because there are words inside that insist on finding their way onto paper (or onto a computer screen.) That's the reason I wrote as a child; it's the reason I wrote as a troubled teen and young adult. Today there is also another reason. I believe God has given me something to say to the Body of Christ, and whether the words are written or spoken, that message needs to be given. 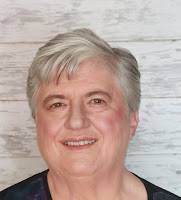 She has published three Christian books: Called to Battle, a manual for spiritual warfare, is now available only in digital format, and only to her newsletter subscribers who receive a free copy when they sign up; My Little Chats with God, a collection of Bible meditations, is currently being revised and expanded and hopefully will be re-released in July 2015; her latest book, Real, Radical and Revolutionary - Building Kingdom Relationships with God, with Each Other and with the World, was released in March 2015. 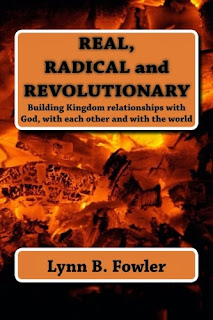 My personal web site: http://lynnbfowler.com
Real Radical and Revolutionary site: http://rrr.lynnbfowler.com (includes links to the places where the book can be purchased.)
Facebook: http://www.facebook.com/revdrlynnbfowler
Twitter: http://twitter.com/revlynn