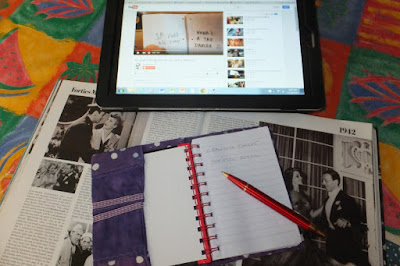 Last week, I looked at how research can add credibility and depth to your creative nonfiction piece and strike a universal chord that draws readers in.  So how do you gather the right material?

Archival research involves looking through documents to gain information.  These could include shipping lists; birth, death and marriage certificates; newspaper articles; letters; diary extracts; photographs or any other relevant documents.  Some of these will be harder to come by than others and there may be some things you can’t access due to confidentiality (e.g. medical records).  However, you might be surprised at what you can find.  One advantage of the digital age is that a lot of historical documents have been scanned and are now available online.  For those in Australia, the National Archives and the National Library are good places to start.  For those in other countries, a quick Google search should help you locate similar resources.

It’s also worth noting the difference between a primary and secondary source.  As the name suggests, a primary source includes the original information.  Let’s say you wanted to write a biography about your late grandmother.  A theatre program that lists her as a tap-dancing juggler would be a primary source.  You have direct proof of her former profession.  A secondary source is one step removed (e.g. a book about the history of tap-dancing jugglers that mentions your grandmother).  It’s always good to go back to the primary source so that you can verify the information.  If that’s not possible, use secondary sources that are credible, such as those that back up what they say with evidence.  Many urban myths have been perpetuated by people circulating stories they’ve seen on the internet that have no basis in fact.

Reading documents and looking at photographs can only take you so far.  It’s not as good as being there. That’s where sites like YouTube can help.  Yes, it does have all of those funny cat videos, but you can also access documentaries and news stories on historic and current events.  For example, if you type ‘tap-dancing juggler’ into the search box on YouTube, you’ll be able to access a number of videos that show what your grandmother’s theatre act might have looked like.  Click here for an inspiring example of an actual tap-dancing Grandma (minus the juggling) and note the variety of interesting archival documents her grandson used in making his four-minute film.

If you can directly observe the phenomenon you want to write about, that’s even better.  This can range from unobtrusive observation (standing on a street corner and watching a busker who can tap-dance and juggle), participant observation (taking part in a tap-dancing juggling workshop) to full immersion (spending a year living with a circus or theatre troupe and experiencing the life of a tap-dancing juggler first-hand). However, there are a couple of things to keep in mind.

Interviews can provide a wealth of information, whether it’s expert opinion about the difficulty of tap-dancing while juggling or the recollections of former dancers at the Theatre Royal.  However, interviewing is an art in itself.

So what are you waiting for?  Dig into the archives, observe that phenomenon, and interview those tap-dancing jugglers.  In next week’s conclusion to this series, I’ll give some tips for weaving your research into your manuscript in an engaging way.  In the meantime, what topics would you like to research for a creative nonfiction piece? 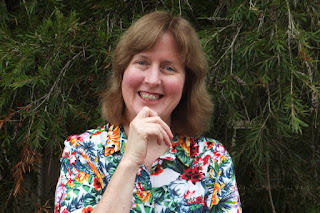 Nola Passmore is a freelance writer who has had more than 140 short pieces published, including devotionals, true stories, magazine articles, academic papers, poetry and short fiction.  She loves sharing what God has done in her life and encouraging others to do the same.  She and her husband Tim have their own freelance writing and editing business called The Write Flourish.  You can find her writing tips blog at their website:  http://www.thewriteflourish.com.au