After a recent visit to the Berkelouw Book Barn on the Southern Highlands, I wanted to share with you this wonderful story, which is printed on the paper bags purchased books are placed in. 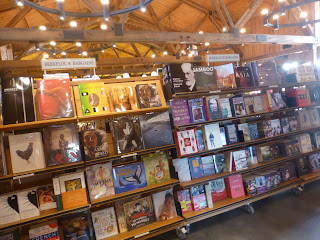 The Berkelouw family’s bookselling tradition began at the port of Rotterdam, Holland, back in 1812 where Solomon Berkelouw sold vellum-bound theology books to a loyal clientele of ship owners and skippers. Solomon’s career ended one winter’s evening when he slipped crossing and icy plank and drowned in the freezing harbour waters, dragged down by his bag of books.
Undeterred, Solomon’s son, Carel opened a stall in Miewe Market then later a larger shop at Beurs Station, Rotterdam. It was from this shop that young Hartog, Carel’s son, began issuing the Berkelouw rare book catalogues, and in 1928 Berkelouws were granted membership of the International Antiquarian’s Bookseller’s Association. The family suffered greatly during the Second World War with the loss of Hartog and most of his family. Hartog’s youngest son, Isidoor, set out for Sydney in 1948, believing that Australia held more promise for his family. With a stock of valuable books from the Old World, Isidoor opened Berkelouw’s first Australian store in King Street, Sydney, and restarted the family business.
Inheriting their father’s love of books, Henry and Leo, the fifth generation, also entered the book trade, initially working in Sydney together with their father. Henry later moved to Los Angeles while Leo established himself in Berrima in the Southern Highlands of New South Wales.
With the family tradition extending now to the sixth generation, Berkelouw’s now sell new titles as well as maintaining Australia’s largest collection of second hand and antiquarian books. 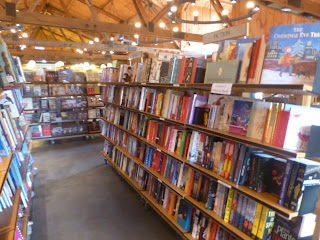 It was wonderful to wander around the many shelves of books, old and new, to be surrounded and overwhelmed with the printed word for a couple of hours, and of course to succumb to the purchase of a couple of books. Berkelouw’s  Estate now incorporates a winery, as well as a reception centre for weddings and parties, and is a lovely place to visit. If you are ever in the Southern Highlands you shouldn't miss the opportunity to see this treasure house. The restaurant and coffee shop are surrounded by thousands of books. It’s a reader’s and writer’s dream. I was heartened when the sales woman told me that they are selling more books than ever as other bookshops disappear. They also purchase second hand books, so I know when the time comes for me to part with my own collection of books I'll be seeking Berkelouw's as a new home for them. I know they would be handled with care and respect there. Seeing books so treasured and appreciated, regardless of their age, was very uplifting – and to think it all started with the sale of theology books. What a blessing! 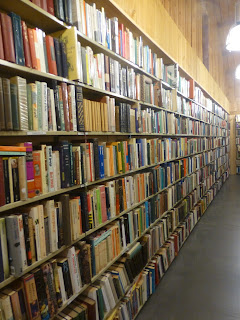 Most of all I was inspired by the story of a family whose love and respect of books has been passed down through six generations. I hope that we too, whether writers or readers, will be able to pass on our passion for the written word, for stories of the past and future that are conceived in reality or fantasy, knowing how valuable it is to read, to pass on wisdom, pleasure and inspiration to others through books. 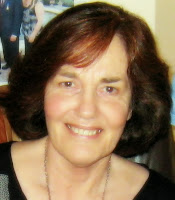 Carol writes historical novels based on her family ancestry in Australia from the First Fleet. They include the Turning the Tide series; Mary’s Guardian, Charlotte’s Angel, Tangled Secrets and Truly Free. Her earlier novels Suzannah’s Gold and Rebecca’s Dream have been re-released by EBP. Her new novel, Next of Kin, was released this year by Rhiza Press. You can see more about Carol and her novels on her website, her Amazon author page or FB author page.