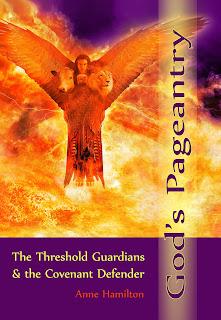 It’s hard to believe that just two words can describe the experiences of so many people who want to obey God’s calling.
As soon as we try to come into the destiny prepared for us from the beginning of time, everything seems to conspire against us. It’s almost as if God is powerless to defend us against the strangling, choking forces arrayed against us.
It’s also hard to believe the answer can be summed up in just two words: threshold covenant.
God’s Pageantry describes the nature of threshold covenants in Scripture, revealing not only their power to slam destiny’s open door on us but what to do about it.


This is the third book in the triple-award winning series which includes God’s Poetry and God’s Panoply. 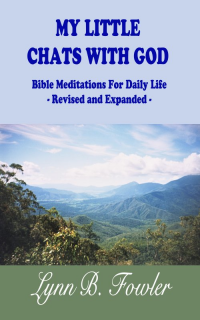 My Little Chats With God by Lynn B. Fowler (Birdcatcher Books, 15 August 2015)

In this collection of short Bible meditations, Lynn B Fowler takes verses from the Bible and applies them to everyday life, chatting to God about them as if He were sitting right across the breakfast table, a cup of coffee in one hand and a slice of toast in the other. She does not presume to respond on behalf of God, but allows her own musings to draw out the application of each verse. Addressing situations as diverse as joy in the beauty of nature and anger over the failings of an employee, she demonstrates that the Bible is not merely a dry and dull textbook, but rather a living and very relevant communication from God to His people. 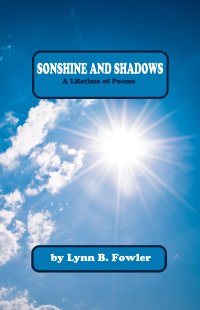 Sonshine and Shadows by Lynn B. Fowler (Birdcatcher Books, 26 October 2015)

Written over a period of 50 years, these poems express life, love, laughter, sorrow, struggle, and triumph: and through it all a relationship with the Son of God, who sheds His light on everything else. In a variety of styles ranging from traditional to contemporary, and in lengths from a few lines to several pages, the writer hopes these poems will speak to your own struggles, conflicts and delights, will challenge you about the sad realities of the world in which we live; and that some will create in you a growing hunger for an ever-deepening relationship with the King of the universe. 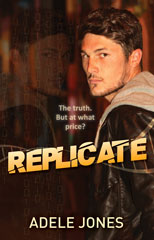 
Blaine Colton is pulled into a chilling conspiracy when he discovers embryonic clones with his name on them.
Convinced the research has breached ethics agreements, he brings close friends, Sophie and Jett Faraday, in on a scheme to find answers. Immediate threats reveal not everyone is happy about his discovery. The reappearance of an identity from Blaine’s past unsettles him further, and then a crisis fractures his world. Convinced his research objections and the tragic events are linked, Blaine pursues justice. But someone is watching him. Someone wants him dead.
Replicate continues the story of Blaine from Adele Jones’s Integrate. 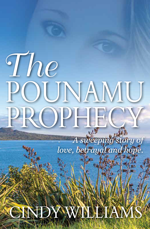 Since she watched her village burn to the ground, Mere’s life has been anything but dull. Now as an older woman she has come to stay with Helene and James to finish writing her life story – a tale of injustice, revenge and
reconciliation.
But Helene and James have their own problems. After five years together, their marriage has become dull, predictable, boring … and it starts to unravel.

Weaving fiction with the traumatic history of the Ngati Whatua tribe of Auckland, The Pounamu Prophecy sweeps from the sultry heat of Australia to the verdant shores of New Zealand. 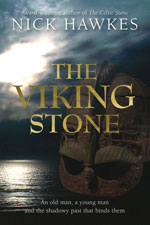 Adam Hollingworth’s dreams are shattered by the death of his fiancée. The demons of grief pursue him as he journeys from Australia to England to hide amidst the marshes of the Thames Estuary, an area renowned for its secrets and its smuggling.

An old man and his beautiful niece introduce Adam to the world of old wooden boats and the mysteries of the marshes. Together, they reignite Adam’s passion for life. Now, Adam must fight to keep himself and the people he loves from being murdered. Whether they survive will depend on his ability to use a remarkable secret of ancient Norse navigation—the Viking Stone. 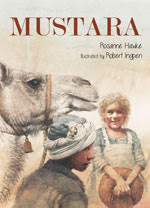 "Mustara shows that friendship, trust and a good camel can overcome even the pitiless outback. Highly Recommended." Adelaide's Child

The beloved title is back again from popular demand. Every day Mustara and Taj look out onto a sea of yellow-red dust and stones. The sand rolls and shifts. Taj's father says it is like the waves of the ocean and the spinifex bushes are little boats blown about by the wind. Taj longs to take his young camel into the desert to explore, but like a storm in the ocean, the desert can turn wild. Taj and Mustara must prove their strength and courage.

Amazon Link
Posted by Narelle at 05:00