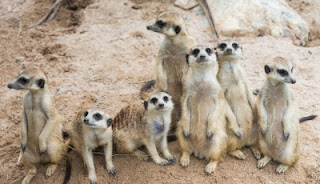 In The Power of One, Bryce Courtney tells the story of Peekay and the power of one person to change the world. There is a lot of truth in that. We have heard of heroes  – Joan D’Arc, Martin Luther, William Wilberforce, Florence Nightingale, Martin Luther King Jr, Mother Teresa, Nelson Mandela – people who changed the course of history.

And yet, there is also a power in the many.

Writing can be a solitary pursuit, compounded by the fact that many of us are confirmed introverts. This was certainly the case when I began writing in my late teens and early twenties – and finished my first novel scribbling away in spare moments and even in between patients. A friend typed the manuscript for me, others read it and encouraged my efforts. In the early 1990s, I began to seek publication (with one positive nibble) but then life took another turn and my first book baby languished in a virtual bottom drawer until 4 years ago when another school-mum mentioned the post-graduate course she was doing. I took the plunge and enrolled – making online writing friends and plunging back into writing fantasy novels. Yet I was still basically a solitary writer beavering away on my own.

And perhaps this wasn’t surprising given that there wasn’t a great deal of support or prospects for writers of Australian (and New Zealand) Christian fiction in the 1990s.

For me the tide turned when I heard about the Word Writers Fair/Camp in 2011. That was a heady if humbling experience – suddenly being among so many already published authors, as well as editors and publishers. I came away inspired and with a bunch of new writing Facebook friends across Australian and New Zealand. At the conference, I attended the Caleb Prize dinner and heard about Omega Writers and met the redoubtable Rochelle Manners. Paula Vince invited me to join the Christian Writers Downunder Facebook group, and I began blogging for CWD in 2013, joining Omega Writers later that year.  In September 2013, I was invited to join the newly formed ACW group. In 2014, Deb Porter introduced me to Faithwriters. Since 2012 I’ve attended each of the Writers Conferences and been an active participant of the various groups.

Doing a Masters in Writing has been inspiring and challenging, but I can honestly say my participation in the Christian Writers Conferences, CWD, Omegas, ACW and Faithwriters and networking with other Christian writers has been of equal value.

It’s been heartening to see these groups work together, supporting Christian writers in Australasia. In recent days this has been confirmed with a post from Omega’s new President Simon Kennedy about the revamped Caleb prize on CWD blogspot, a cross-post on vanity publishers by Narelle Atkins on both CWD & ACW blogs and yesterday a post by Iola Goulton introducing ACW to CWD.

So what is the difference between these groups and why not just have one group? 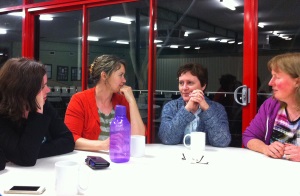 Was launched in 2010 under the indomitable vision of its first president Annie Hamilton as a writers group (with paid membership) and in conjunction with the Caleb Prize awarded to top Australasian Christian books and one unpublished manuscript. Omega provides to members with an up-to-date website, chapters with local & special interest writing groups, news links, workshops, retreats, mentorships and manuscript appraisals, book reviews as well as a directory of members.

Starting as a small group in 2010, CWD currently has over 600 members.

CWD is a writing support group with a friendly and helpful Facebook group, a blog that has been going since 2010. This year, CWD (in conjunction with By the Light Books) is publishing Glimpses of Light anthology with poems, flash fiction, short stories and creative non-fiction from Christian Writers Downunder. It also ran a lively FB group and two virtual cabins during NaNoWriMo’s Camp July.

While CWD appreciates our wonderful international members, our particular focus is on Australian and New Zealand writers, editors and publishers – we have a broad focus on different genres as well as welcoming cross-over and general market fiction writers.

ACW was formed in August/September 2013 and now has over almost 400 members.

Like CWD, ACW also has a Facebook group and blog – Iola explains this groups distinctive here.  In particular, there is a greater focus on Christian fiction, readers (as well as writers) and international members. Also, ACW has recently run a Romance Competition and is currently running a NaNoWriMo FB group for those brave enough to do NaNo this month.

Faithwriters has a paid membership (with a free trial membership). While it is based in the US, a number of Aussie and Kiwi Christian authors are involved, including Deb Porter (who is also the prime mover of Breath of Fresh Air Publishing).

There is a large overlap in membership between the different groups. And of course there are other lcoal writing critique groups too, as well as secular and international writers groups.

I can't help but wonder - could it be a movement of God that a number of groups were raised up to support Christian writers in Australasia from about 2009 onward? Certainly there has been cross pollination and, despite possible clashes of personality and opinion, an overall harmony in goals and vision. And sometimes our differences make us stronger. The sharp disagreement between Barnabas and Paul (on account of John Mark's failure) actually served to expand God’s work (as Paul headed off to new opportunities in Asia Minor and Greece). So to the formation of these different groups have further enriched and encouraged Christian writers in this part of the globe.

Annie Hamilton named Omega’s annual award CALEB – Christian Authors Lifting Each (other’s) Books.  In an ICFW blogpost, she reminds us that during the battle against the Amalekites, Joshua needed Moses to keep his arms lifted to the Lord, and Moses needed Aaron and Hur to help him hold his arms up. So too we are called to hold up each other arms, to support each other, celebrating our differences and uniting in our common purpose to honour God through our love for books, reading and writing poems, stories, novels, blogs, devotionals and non-fiction for all ages, for those both within and outside the church. 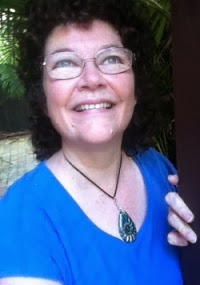 Jeanette O'Hagan has a short story published in the general market Tied in Pink Romance Anthology  (profits from the anthology go towards Breast Cancer research) in December 2014 and two poems in the Poetica Christi’s Inner Child anthology launched in July 2015. She has practiced medicine, studied communication, history and theology and has taught theology.  She cares for her children, has finished her Masters of Arts (Writing) at Swinburne University and is writing her Akrad's fantasy fiction series.  You can read some of her short fiction here.