With Waitangi Day being celebrated this coming weekend in New Zealand, the spotlight today falls on Christian fiction by New Zealand authors. While the offerings are small (for now), they definitely aren't new. I’ll share with you some that have been around for many years, and one that’s up and coming and something to be VERY excited about!

The first Christian fiction series by a New Zealand author that I ever heard of was the Frencolian Chronicles by Carolyn Ann Aish. First published in the early 1990’s, this series, originally consisting of titles Treasures, Castles, and Kingdoms, has since been expanded to include three earlier titles in the series. Set in the fictitious kingdom of Frencolia, the stories centre mainly around brother and sister Luke and Jobyna as they seek to protect their kingdom from the evil King Elliad. 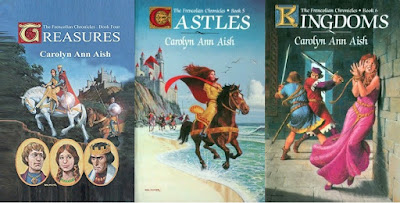 Here's the Amazon bio for Carolyn: Born in the country of New Zealand, and named "Carolyn Ann Gundesen", she was the second child of five. While in the U.S.A., Carolyn took a class in journalism in the Bible College. Her teacher, Marie Chapman, told her, "You must write, Carolyn; you have it in you, and you must write." The example of seeing Mrs Chapman use every moment to jot down thoughts, recording them in her notebook, left a lasting impression on Carolyn also used her spare moments to write. In 1991, Carolyn's first novel, TREASURES, was published in the United States of America; followed by CASTLES. In 1992, a third in this series, (The Frencolian Chronicles) was published, KINGDOMS. Three prequels in this series have been published since then, but fans are asking for more. SECRETS, Book 7, is the next book in this series and is at the stage of some simple expansions, proofing and editing. Another five books at the least, are in progress for this widely known and loved series, The Frencolian Chronicles. Another well-know series of children's books by Carolyn are: "The Nine Lives of Rastus the Famous Motor-cycling Cat". Also Carolyn has a Guiness World Record for the longest hymn ever published. Over 80 of her books are already in print and one-by-one will be reformatted to be published and presented on both Amazon in print and eFormat for Kindle.

Another author I had heard of is Rosie Boom. While aimed more for a younger audience, her stories are well received. Her most popular series is The Barn Chronicles, based on the adventures of her own family living in a converted barn in the far north of New Zealand. All 4 of the books have won or been nominated for awards such as the Caleb Prize and the CSP International Book Award.

Rosie’s description of the series: “The Barn Chronicles is a work in progress – actually we are still living it! It is a series of four books that tell the story of our family’s move to the country and our attempt to simplify our lifestyle as we live in a 90-year-old barn in rural Northland, New Zealand. They relate our dramas and adventures, mistakes, fun, laughter and tears. The books are written through the eyes of Milly, who was ten when we moved into the barn. She is a feisty, plucky girl who loves adventures and animals. She has gathered an evergrowing menagerie around her – chickens, Indian Runner ducks, a horse, a house cow … life is never dull with Milly around!”

And then we have Grace Bridges. Not only is Grace an author herself, but she is also a publisher, owning and operating Splashdown Books. A graduate of the University of Auckland, Grace translates German and edits novels for a living, and writes from her hilltop in New Zealand although faraway places call to her just as often. Her short works of fiction and nonfiction are found in multiple international anthologies and literary journals, and she continues to work on novels in The Vortex of Éire series. 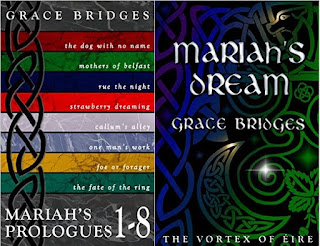 Splashdown Books is a hybrid imprint publisher that arose when Grace kept running across fabulous manuscripts in fiction critique groups, but the writers needed help to get their stories out there. Grace's continuing mission is to find her favourite kinds of books and make them available to the world. These are science fiction, fantasy and paranormal, all with that special something, a flavour that hints: if you like one, you'll like more. You can find all the books in print and electronic formats, and information on each author and title, at www.splashdownbooks.com. 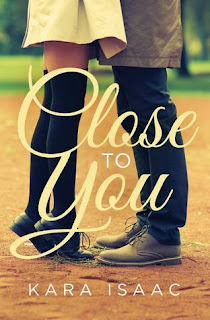 And now we have the upcoming debut novel from Kara Isaac, releasing in April this year from the major US publisher Howard Books, which is so exciting! Entitled Close to You. this novel is not only written by a Kiwi, but also set in New Zealand.
A disgraced scholar running from her past and an entrepreneur chasing his future find themselves thrown together—and fall in love—on a Tolkien tour of New Zealand.

The novel has already garnered some wonderful endorsements from other authors:


Kara Isaac is an award-winning writer who lives in Wellington, New Zealand, where her career highlights include working in tourism as Private Secretary for the Prime Minister. She loves great books almost as much as she loves her husband and two Hobbit-sized children. Following the release of Close to You, two more novels will follow from Howard Books. 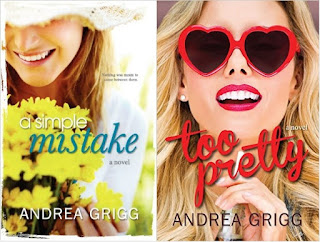 A couple of others very well worth mentioning are New Zealand-born but Australia residing author Andrea Grigg, author of the irresistible novels A Simple Mistake and Too Pretty, and Australian-born but New Zealand residing Julianne Jones, author of the Distant Land series and The Scent of Rain.

Are there any other Kiwi authors of Christian fiction you know of? Any aspiring novelists in Kiwi-land out there? I know Cat Hudson is one, and I myself am finally making headway on a novel set in 1850’s New Zealand. With the support of online communities such as ACW and organizations like ACFW which have opened their membership up to outside of the US in recent years, there is plenty of scope for quality fiction yet to come from Down Under. 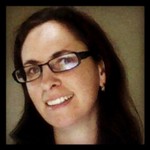 ELLIE WHYTE is a long-time supporter of Christian fiction and is the founder and owner/operator of Soul Inspirationz // The Christian Fiction Site which relaunched after a 5-year hiatus in January 2013. Ellie also has aspirations for her own writing career, and has begun working on a project set in New Zealand in the 1850s.
http://soulinspirationz.com