What's the Deal with Book Pre-Orders? Part One by Kara Isaac 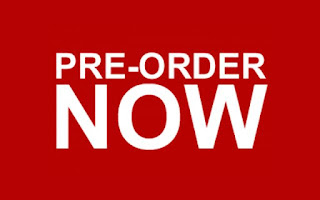 If you're a reader who follows authors on social media or via their newsletters, you may have noticed that in the few months prior to release many often run a campaign encouraging readers to pre-order their book. Often there will be some kind of prize draw or giveaway associated with it ranging from Kindle Fires, through to autographed bookplates, gift cards etc. etc.

Before I signed my publishing contract I would often wonder what the urgency was. What did it matter if I pre-ordered their book or bought it a couple of weeks (or months) after release. Surely a sale is a sale? If I was absolutely desperate to read a book as soon as I could get my hands on it I would pre-order it, otherwise, well I knew eventually I'd get around to buying it if I wanted to read it!

Now that I'm being forced to overcome every New Zealander's nightmare of being seen as a pushy salesman and promote my own book (before it's even released eeek!), over the next couple of blog posts I thought I'd let you in on a few reasons why pre-orders contribute to a title's success :)

In any given year, a publisher is always releasing more books than they have the money or staff to be able to support with the kind of marketing campaign that every author would wish for. The guaranteed big earners will also be allocated the bulk of that effort because the return on investment proposition is strong.

However, they are also always looking for a title in their portfolio that has the potential to become a "break out" novel. This could be a book by a debut author that performs beyond their expectations or a mid-list author whose newest title is creating interest beyond what they're previously experienced. Pre-orders coming in from retailers that exceed their forecasts will have them reassessing whether they need to be putting more resource into their marketing of the title.

A good friend of mine is part of a traditionally-published novella that releases next month. A few days ago she got a message from someone saying they had tried to order the novella collection on Amazon but were told it was "out of stock". Out of stock? For a book that hadn't even been published yet?

What had happened was that Amazon had already received more pre-orders for the book than they had initially ordered from the publisher. So they had to place a second (and presumably larger) order in for the book. One of the results? Amazon's algorithm will now be recommending the title to more readers.

Pre-orders tell retailers there is consumer interest in a book

Buyers for retail chains get pitched hundreds of books a year. Once you remove the Nora Roberts, James Pattersons, and Karen Kingsburys and the season's hot new debut author from the mix, all the others kind of blend together. Pre-orders for a book higher than a retailer was anticipating will cause a ping on their radar. They'll increase the size of their order, the book may now be more likely to feature in their catalogue, or get selected for their book club. When they author's next title comes out, they'll be starting from a higher base from previously.

Next time I'll talk about what pre-orders can mean for an author's career and a book's profile. Do you pre-order books? Who usually for?

Kara Isaac lives in Wellington, New Zealand. Her debut romantic comedy, Close To You, is about a disillusioned academic-turned-tour-guide and an entrepreneur who knows nothing about Tolkien who fall in love on a Tolkien themed tour of New Zealand. It will be an April 2016 release from Howard Books and was recently reviewed by Publishers' Weekly. When she's not working her day job as a public servant, chasing around a ninja preschooler and his feisty toddler sister, she spends her time writing horribly bad first drafts and wishing you could get Double Stuf Oreos in New Zealand. You can sing up for her newsletter on her website or connect with her on Facebook at Kara Isaac - Writer

Since you made it this far she should mention you can pre-order Close To You at all the usual retailers including Amazon, Book Depository, Barnes & Noble and christianbook.com :)
Posted by Kara Isaac at 04:15