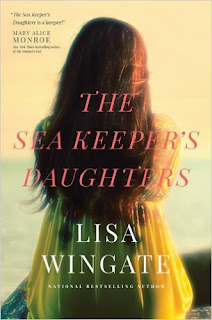 Blurb:  From modern-day Roanoke Island to the sweeping backdrop of North Carolina’s Blue Ridge Mountains and Roosevelt’s WPA folklore writers, past and present intertwine to create an unexpected destiny.

Restaurant owner Whitney Monroe is desperate to save her business from a hostile takeover. The inheritance of a decaying Gilded Age hotel on North Carolina’s Outer Banks may provide just the ray of hope she needs. But things at the Excelsior are more complicated than they seem. Whitney’s estranged stepfather is entrenched on the third floor, and the downstairs tenants are determined to save the historic building. Searching through years of stored family heirlooms may be Whitney’s only hope of quick cash, but will the discovery of an old necklace and a Depression-era love story change everything?

My review:
This is a fascinating and moving story, combining present day romance and intrigue with an mysterious historical story. They are woven together through Whitney Monroe’s memories and her uncovering of old letters and memorabilia and both the romance and the historical discoveries unfold at a pace which kept me turning the pages.

In trouble with her restaurant business and still struggling with her mother’s death, Whitney responds to a call about her step-father’s (Clyde Franczyk) failing health and heads to Roanoke Island on North Carolina’s outer banks, to the Excelsior building, a once grand hotel she visited as a child. Here her memories of her grandmother, her resentment towards her step-father, and confusion about how to deal with the prospect of taking over the old building, are overwhelming. But these issues are at once complicated by Whitney's meeting with Mark Strahan, and with her discovery of heirlooms and old letters in the hotel. She is drawn into a new relationship and a story from the past, neither of which she can ignore.

I loved the character of Whitney; her real life personal issues, her complex personality. The story is told from her perspective but I had a good sense of the other characters’ personalities through her eyes. The relationships are complex and deal with many human issues; lack of trust, self-protection, learning from mistakes, dealing with bullying, handling conflict, forgiveness and capacity to love,  I thought Lisa Wingate handled these really well and very realistically.


The history around the Roosevelt WPA folklore writers is intriguing and clearly well researched. While this adds an interesting background to the story, it is really Whitney’s reaction to her discoveries, the degree to which they helps her to work through her own past hurts and deal with her current relationships, that makes the story great. It is also through Whitney’s relationship with Mark, and her growing appreciation of a man who has sacrificed much to help others, that she begins to discover her own best self. I loved the progression of personal growth that evolves through the story.

It was not surprising to me that Lisa has been a recipient of the National Civies Award, which celebrates public figures who work to promote greater kindness and civility in American life. The way she writes about relationships, the effects and consequences of the way people treat each other and the value of honesty, trust and personal sacrifice, is challenging and inspiring.

While this is not an overtly Christian story, there is throughout it an acknowledgement of God at work in the world and in people’s lives, and of His purposes being realised, even though characters may take a long time to see this clearly. I would call this a Christian worldview novel.

The romance had all the twists and turns that romance lovers will enjoy though they may be slightly disappointed at the abruptness of the ending and be left longing for a little more detail. However, there is a surprising and satisfying twist at the end of the story which makes a good conclusion.

I look forward to reading other novels by Lisa Wingate and would recommend this to those who love a good romance, a good yarn with an historical base. 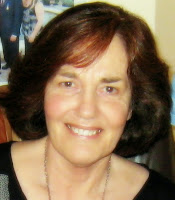 Carol writes historical novels based on her family ancestry in Australia from the First Fleet. They include the Turning the Tide series; Mary’s Guardian, Charlotte’s Angel, Tangled Secrets and Truly Free. Her earlier novels Suzannah’s Gold and Rebecca’s Dream have been re-released by EBP. Her new novel, Next of Kin, was released last year by Rhiza Press and her latest novel, Beyond the Fight will be released in April. You can see more about Carol and her novels on her website, her Amazon author page or FB author page.