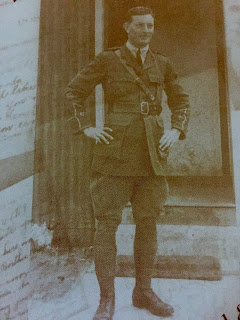 Like thousands of Australians and New Zealanders, Anzac Day holds a very special place in my heart. I grew up in Auckland, and, as a little girl, I can remember going to the Cenotaph in the Auckland Domain with my Granddad and planting a poppy in the early dawn light.

This photo was taken in 1919 on the Salisbury Plain in England, not long before Granddad was shipped back to New Zealand. It also graces the cover of a CD called ‘Lest We Forget’ that I and a number of children recorded back in 2002. It’s an original song, penned by myself and Karen Howard, the music teacher at our school at the time. You can view the YouTube clip here..

But back to Granddad.

Captain James Joseph Davison was born in 1889, and served in the trenches of France and Belgium during World War 1. Despite suffering shrapnel wounds, he lived a long and fruitful life. He really wanted to make it to 90, but missed by seven months, and so on the plaque at his gravesite are the words, ‘In his 90th year’. He would’ve loved that.

It’s because of my granddad and thousands of other NZ and Australian soldiers, that we live in the wonderful countries we do today. Thousands didn’t come home, and the ones that did were often scarred mentally by the sights they’d seen. Granddad had three war diaries. In one of them he wrote: ‘I will not mention casualties or sights – they will live in my memory forever.’

With the passing of these diggers, these memories could have been lost, or, at best, become watered down and insignificant. Yet, this is not the case. Every year, the number of people attending Anzac services is increasing, and the appreciation and understanding of the sacrifices these men and women made is definitely on the rise. Even the very young are getting it.

Take a look at this essay, written by the son of one of my former teaching colleagues. By the time you see this post, Callum will have read this at the Dawn Service at Currumbin Rock ...

I feel the dry sand crackle under my feet and I imagine the same feeling under the boots of the brave soldiers 101 years ago.  The smell of the salt lingers in the air as the surf boats paddle out to the horizon. Silence surrounds the crowd as we stand proudly remembering. I am with my family standing on Currumbin Beach, the best place to be on ANZAC Day.

On April the 25th 1915 our Aussie troops landed on the dangerous shores of Gallipoli. The journey ahead was terrifying, scary and unknown.  They hoped to survive and they soldiered on with determination and courage. This is where the ANZAC spirit was born. 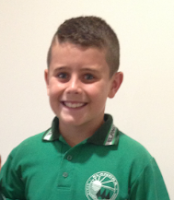 What does ANZAC Day mean to me, a ten year old boy from the Gold Coast? Well to me it means mateship, trust, sacrifice and that no-one gets left behind.  When I look into the eyes of those diggers I see all of that and more! That is because we are Aussies and Aussies stand proudly side by side today just as they did 101 years ago during that epic battle.  We never give up, we never give in standing together forever!

We will forever stop and remember this day for those men and woman who fought in those tragic wars and who sacrificed their lives for our freedom.  Those who fought in WW1, WW2, Vietnam, Afghanistan and many others. Those who saw the horror and witnessed having their best friend die beside them. We say thank you, our nation will forever be grateful.
Lest We Forget.
By Callum Simpson

So, as you can see, the spirit of the Anzac is alive and well, for which I am very thankful. Have a wonderful Anzac Day.

Andrea Grigg is the author of two contemporary romance novels, A Simple Mistake and Too Pretty. The best way to contact her is by email: andreagrigg(at)live(dot)com