Stories that Save the World 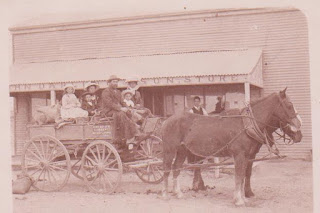 Yesterday, I was the invited guest at a book launch. I had worked as the editor on a 20th anniversary memoir project for the Rocky River Garden Club. My auntie, who is a long term member of the club, suggested a book be written about their adventures of the last 20 years, and asked my mother to help her. Given my mother’s help on other local folk-history projects, she agreed, and they spent 10 months combing through the minutes of the garden club meetings, trying to find something of interest to write about. They were minutes, and didn’t make riveting reading.
My mother soon saw the dilemma – no character, no action, no plot – just the happenings of a group of garden enthusiasts. It was then that she proposed they attack the project from another angle—finding the story behind the minutes. It wasn’t long and the two committee members and my mother were meeting once a week, and through careful questioning and prodding, stories began to emerge. Some were interesting stories, some were lol amusing, and some were just a record of things that had been a part of this folk history.

When I spoke to the group at the launch, I told them about story. I talked about the oral culture of the ancient civilisations and the persisting story culture of some people groups like our Indigenous Australians. I mentioned the value of story in historical research, how an interview with a person who has lived through a time period or event, can be used and cited as primary evidence in an academic paper. I used such an interview with an elderly woman when I was doing research for a History assignment. The interview I conducted consisted of me sitting down with her as she told me stories of a time gone by, and a family long since passed away.

Story and story-telling is a valuable part of keeping culture and history alive. My grandmother was a grand story teller. I would sit for hours and listen to her accounts of life during the depression era, or during the war. In the year she died, my mother had the presence of mind to press record on a cassette recorder as my grandmother sat with her younger sister and they got to talking about their adventure as pioneers on the West Coast of South Australia around 1910. They were young girls of 11 and 9, travelling on a bullock wagon, chickens in cages beneath, the milk cow tied behind, part of a convoy of wagons travelling across unsettled land to a place where no white man had settled before. My mother transcribed that time of storytelling, and I have it on my computer. I’m going to include a small portion of it for you to read, and hope you can see how valuable story-telling is in the passing down of family and folk history.

“...We took off the next day travelled on, one day merging into the next, we passed through, Yardea, Thurlga, Nonning, Pandoora, and other station properties. When we got to Yardea, our baby brother Keith was very sick and so we stayed there a day or two while the post master rang Adelaide to get the Doctor's advice. We were leading a house cow behind the bullock wagon and the word came back that as Keith was being fed on cow’s milk, and the cow was having different food every day, it was upsetting the baby. So the Doctor said “Take him off the cow’s milk and put him onto some other product". Well he began to improve and so we went on again.
We came to Lake Gillies and I remember you could see the reflection of wild dogs in the water as they ran along the banks, and you could hear them howling in the night. As we passed on, one day was much the same as the other except that sometimes we would have to go on to about 10 o’clock at night before we reached water because you couldn’t bed down for the night without having water for your stock.
In some parts, the men would have to get down into these places that were like soaks and dip the water out with something like a jam tin to water sixteen bullocks and twenty  horses, it would take hours. It was a real business it was one of the biggest problems.
In those days on the West Coast, water was very very scarce, water was like gold in fact water would save your life but gold wouldn’t. Washing for the baby was so difficult, poor old mother had many a struggle to get enough water to wash the babies naps, and some of the water holes we got to, old dams, they’d have dead beasts or sheep all over them and we had to drink that because we had no other water, but it had to be boiled, all boiled before it could be used. Every night at camp everyone would do their own cooking. Mother used to make what she called scone bread, baking powder bread, cooked in the camp oven with coals on the top and underneath and believe me it was lovely, we enjoyed every bit of it.
I don’t think anything tasted as good to me as that bread with boiled potatoes and onions, oh you’d have an appetite like a horse and it tasted so nice. One night we had to peel the onions and we peeled a stew pan full of them so everyone had onions that night. Gee they were nice...”

Taken from an interview with Ella Bishop, 1985.

I used this practice of storytelling in 2003 when I was asked to write a book for my home town’s 150th celebration. A proper history book had already been written some twenty years earlier, so I hit upon the idea of writing a folk history novel. I invented a fictional character, and told a story from his point of view. To put the book together, my mother and I conducted many interviews with long-time residents of the town. We put questions to them about fire, flood, plague, drought, football, the CWA, the school; anything that was common to them all. The yarns that flowed during these interviews were priceless. I then sorted through the yarns, and wove them into my overall story. In response, I’ve had many people tell me they laughed out loud at some of the goings on in the story. Usually the funniest parts of the story were true.

I still sell this story in the town, and have recently made it available as an eBook and it can be ordered from Fishpond.com as a paperback. Of all the books I have written, this one was the emotional story I had to write. It was the story of us, if you like—the story of those people who call themselves Melrose locals. But it is not just for the folks of this small country town, it relates to all people who’ve lived in a country town or village.
I feel satisfied that I have been privileged to construct a story that reflects the folk history of my hometown. It is unlikely to become a bestseller, but I know I’ve done my part to help preserve the small country-town life of the 20th Century for future generations.

Meredith Resce is a novelist who has 17 published titles, plus two eBook short stories.

You can read more about her on her website: www.meredithresce.com

One Remarkable Year is the folk-history novel of the town of Melrose, South Australia
Posted by Meredith Resce at 05:00