It's All About Perspective ...

How diverse we are from one another! Each of us is unique, a one-of-a-kind, a never-to-be-repeated combination of DNA and skin and bone and personality. Because of that we each have our own way of looking at things, our own perspective, and it’s often very different! 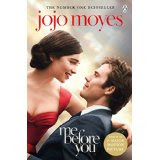 A little while ago, I came upon a discussion thread on Facebook concerning Jojo Moyes’ book, Me Before You, recently released as a movie. I hadn’t read it, hadn’t heard much about it until that point, but what I read intrigued me so much I downloaded it to read for myself. What could this author have written to cause so much controversy?

Here’s a brief outline of the book. I apologise in advance for the spoilers but they’re necessary for the purpose of this blogpost.

Will Traynor, former city hotshot and extreme sportsman, has been a quadriplegic for two years, paralysed from the shoulders down. Unable to accept his disability and continuous painful physical disintegration (his doctors have given him ten years) he applies and is accepted by Dignitas, an assisted suicide clinic in Switzerland. His desperate parents make him promise to give them another six months, and during that time, Will’s mother hires Louisa Clark, zany dresser with a personality to match, to be Will’s carer in the hope she will help Will change his mind. Despite Lou falling in love with Will and his feelings for her, he still chooses death over life.

I visited Amazon.com and discovered there are no less than 14,785 reviews, some of them written by very angry people, many of them physically disabled themselves. They slam the book for being offensive and insulting, for giving flawed impressions and making false assumptions about people with disabilities. But please note: these 3,2, and 1 star reviews account for 8% of the total reviews. That means 92% of the reviewers loved it.

Here’s an opinion from Joni Eareckson Tada, a wonderful and much-admired Christian woman who became a quadriplegic herself when she was a teenager:
"In the movie, the quadriplegic says to his loved one, “I don’t want you to miss all the things someone else can give you.” Instead, he took away everything she wanted from him – his love and the essence of who he was – when he decided to end his life. Not only does this movie glamorize assisted suicide; it conveys the distinct impression that marriage to someone with quadriplegia is too hard, too demanding and sorely lacks the joys of typical marriage.”
You can read the whole blog post here.

Remember what I said at the start about perspective? Well, Like Joni, I’m a Christian, but I don’t agree with everything she says.

It was made very clear how devastating Will’s decision was for all who loved him. By his own admission, Will Traynor was a selfish man before his accident, and was even more so afterward. I was furious with him for rejecting Lou who clearly loved him despite his disabilities and was prepared to do whatever she could to make his life worth living. Apparently, that wasn’t enough for Will. Selfish is an understatement in my opinion. Assisted suicide made to look glamorous? I don’t think so. More like totally tragic.

I also don’t agree the story gives the impression that marriage to someone with quadriplegia is too hard. Lou loved Will and wanted to be with him no matter what. It was he who rejected her.

Did I think it offensive and insulting to disabled people? Not being physically disabled it wouldn’t be fair to comment. However, what the story did for me as an able-bodied person was to give me a heightened awareness of what some people have to live with. Every. Single. Day. It made me cry.
.
As a point of interest, Jojo Moyes was inspired to write this book by the story of a young rugby player who’d spent several years as a quadriplegic before persuading his parents to take him to Dignitas. (Yes, it’s an actual clinic.) You can read the whole interview here.

So, how have I chosen to respond to a book like this?

First of all, I need to remember that Me Before You is a general market book, and not written from a Christian world view. It’s unfair to expect the characters to have the same values as I do and become offended by that.

Second, Will Traynor didn’t know Jesus – he had no hope, no idea how much God loved him, no sense of heaven. He acted within the boundaries of his characterisation.

Something else I should mention. Sadly, when talking to a friend recently, she told me of a young Christian man in the same situation who would also prefer not to live. It’s possible to be depressed even when we have Christ in our lives, something which can be difficult for some to hear and accept.

Third, not everyone will be comfortable reading Me Before You. We all have our own hot-button topics and for some, a love story about a physically disabled person will be too close to home. Please don’t feel any pressure from me to read it just because I’ve brought it up, okay?

Lastly, if I get the chance, I will happily talk about this book with anyone who cares to listen, especially if they’re not a Christian. Why? Because now I’ve read it and seen it, it gives me the opportunity to talk about culturally sensitive issues, to share the good news that there is a God who understands suffering, who loves us exactly as we are, a God who offers us hope for our eternity.

Email ThisBlogThis!Share to TwitterShare to FacebookShare to Pinterest
Labels: Andrea Grigg, book to movie, controversy, Jojo Moyes, me before you, opinions, perspective