Is There Such Thing As a Bad Plot?

Why did they do that?

You want to throw the book across the room.

Your heroine has just put herself in danger for no reason. The hero has lost his temper over something trivial and broken up with the heroine. These characters make no sense.

You decide life is too short and turn on Netflix.

When dissecting a disappointing novel or movie, it’s easy to blame a poor story on bad plot, characterization or dialogue.

But, I suggest, these may only be symptoms of a single problem: the author was unable to convince you of ‘why’.

If the author can convince you that the path chosen was the only one that made sense to the character, then you aren’t going to be bothered that the heroine just jumped from a plane without a parachute. It was her only option! Her country/sense of identity/loved one/integrity was at stake.

If you believe the character’s motivations, you’re empathizing with them, and wondering whether they’ll ever reach their goal or not.

But if you’re frustrated with what seems to be a silly decision, you won’t care that the dialogue is witty or the description is poetic.

Even good books can be made great by strengthening the reasons why characters made the decisions they did.

Read the last scene you wrote. Find a decision a character made. Can you make that decision the only logical path, given the position you’ve put them in? What is at risk if they follow any other course of action? Can you increase those risks?

The more we understand why, the louder we’ll cheer as the character achieves their goal. 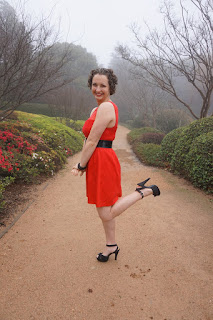 Jessica Kate is an Australian writer. She prefers the term 'writer' because it's too hard to say 'training developer, aspiring author and former journalist' in one mouthful.

She loves reading anything by Jenny B Jones, watching The Proposal, and writing Christian contemporary fiction full of romance and drama.

Her manuscript, Hating Jeremy Walters, was a finalist in the 2015 Frasier Awards and she's currently working on her second novel.