A Novel Journey
by Elaine Fraser 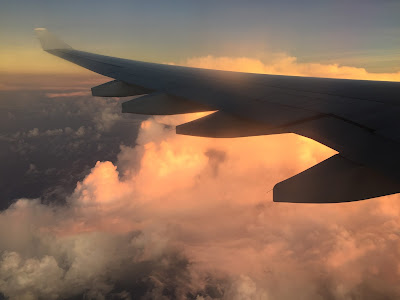 When I write a novel it is like I am taking a thought for a walk.
Aminatta Forna

My husband and I travel a lot, however, this year we’ve been away even more than usual. He’s riding a motorbike around the world to raise awareness for the not-for-profit organisation, Water for Africa.

His mission is to highlight the plight of millions of people around the world who do not have access to clean, safe water.

My mission is to finish writing a women’s fiction novel I imagined in Tuscany in 2010 and began to write in earnest in 2013. From Sydney to Rome to Paris to London to New York to Oslo to Dar es Salaam, and many other places in between, I’m writing my way around the world.

Writing this book has been a journey all of its own. The Solo Traveller is about Laura. She’s married, has children, and a runs a travel business. At the beginning of the book, she’s at her grandmother’s funeral. By the end of the funeral, she will decide whether or not she will stay with her husband, or leave him. The story takes the reader back to World War Two and Laura’s grandmother’s story, through to the present, and tracks Laura’s marriage across fifteen years until the present.

I've known Laura for years. She first came to me in 2010 in a villa in Tuscany and I’ve journeyed with her ever since. It's been a journey, not only with the novel, but with Laura. 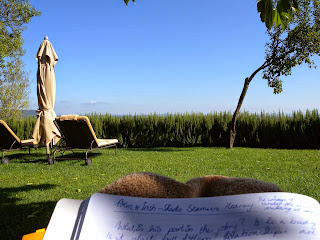 The Solo Traveller is sitting at 100 000 words and it’s taken every ounce of discipline and determination I have to keep writing as I’ve travelled this year. The wonderful Iola Goulton is going to copy edit it for me during July, so I can work on it in August, and present it to publishers in September.

I have many more flights, and many more kilometres to travel, but by the time I get to the end of the year, there will be a complete novel–ready to be published, along with thousands of holiday photos on my laptop.

God has been leading me to write for people on the fringes of faith–people who perhaps used to go to church or may be spiritually searching.

I’ve met all sorts of people this year –people who live on the streets of Skid Row in LA, kids who have family members shot in the ganglands of the projects in LA, people who used to go to church and are now self-proclaimed atheists, people whose sexuality has separated them from family members for twenty-five years, people who call themselves spiritual, but don’t like religion. These are the people I have in mind when I write.

By the time The Solo Traveller comes out, Laura’s seven-year journey will be over and so will mine.

When I sat on a terrace in a villa in Tuscany, I never imagined where I would take this novel, or where it would take me.

Where has your writing taken you?

Follow more of the journey at www.elainefraser.co
Posted by Elaine Fraser at 05:00