This year, the cross posts between Christian Writers Downunder and Australasian Christian Writers are focusing on genre. So far this year we’ve had posts on meeting genre expectations, the science fiction subgenres of Space Opera and Superheroes, Portal Fantasy and Secondary World Fantasy, Poetry, Free Verse and Verse Novels. I’ve been asked to write about Regency Romance, and its place within the Historical Romance genre.

To be honest, history was never really my thing in school. I always thought it a little (okay, quite) boring, and irrelevant for current day life. That was until I discovered historical romance – especially Regency romance.
The classic definition of ‘historical romance’ is not one about fiction set in the past that deals with love, but rather, in Walter Scott’s words, “a fictitious narrative in prose or verse; the interest of which turns upon marvellous and uncommon incidents.” Novels (or films) like Rob Roy, Ivanhoe, even Wolf Hall, may be considered historical romances, even though they may not have a strong emphasis on the romantic relationship between the characters. 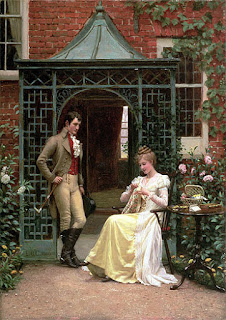 Nowadays, most of us associate historical romance with a story set in the past (pre-WWII) that focuses on the developing attraction between two main characters, with an emotionally satisfying, optimistic ending.

Regency romance is a subgenre of historical romance, being defined as novels set between the years 1811-1820, when the Prince Regent, (later George IV) ruled England in place of his ill father. Although Jane Austen’s novels were published in this time period they were set a few years prior, so there are questions as to whether they truly can be considered Regency fiction. 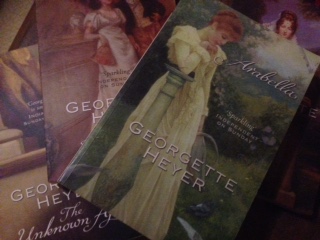 Georgette Heyer, a prolific English writer of the 1920s-1960s, modelled her fiction on Jane Austen’s works, and used a great deal of period details to give a sense of authenticity to her works. This included basing plots around real events, such as the Napoleonic Wars, the precise descriptions of clothing and furniture, the use of Regency-era ‘cant’ (slang, such as “all the crack” to describe something very fashionable, or “bluestocking” to describe an academic female) all to aid her readers’ understanding an unfamiliar time period. Her commitment to research was such that she had whole rooms devoted to research materials – this was pre-internet days. It even saw her purchase a letter written by the Duke of Wellington, just so she could emulate his style of address. Not for nothing is she considered to have invented the Regency romance genre, and spawned so many imitators, Barbara Cartland being one. 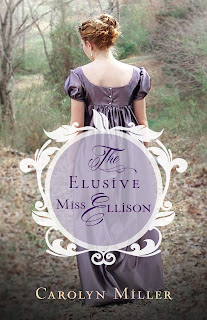 In addition to period details and the romance genre’s expectations of a HEA (happily ever after), there are a number of other elements often found in Regency fiction:
·       References to the ton (British high society, consisting of the aristocracy and fashionably wealthy)
·       Portrayals of social activities as carriage rides, morning visits (often paid in the afternoon), dinners, plays, operas, assemblies, balls, considered usual for the social season, which occurred between January and June, when Parliament was in session.
·       Mention of sporting activities engaged in by young gentlemen of the period, such as riding, driving, boxing, fencing, hunting, shooting, etc.
·       Social class differences
·       Marriages of convenience: marriage based on love was unlikely for most women, their main concern to acquire a steady and sufficient income for the woman and her family
·       False engagements, and mistaken identity, deliberate or otherwise
·       Mystery or farce elements in the storyline

Traditional Regency romance, with an emphasis on the primary romance plot, usually has very detailed historical details and tries to emulate the language of the period – for their notoriously picky readers. J  Regency historical romance is considered slightly different, and may have more modern characterisations, and a degree of sensuality (ie bodice rippers) not in keeping with Regency values. 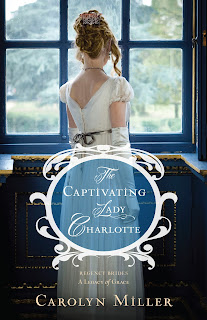 Christian Regency romance fiction really took off in the early 2000s with Lori Wick’s ‘English Garden’ series. More contemporary Christian Regency authors (they’re mostly US) include Julie Klassen, Sarah Ladd, Kristi Ann Hunter – and yours truly, waving the flag for Australasia! J In addition to the usual Regency elements we also see the depiction of the hero and heroine’s faith, with common themes including forgiveness, commitment and social injustice, and the ‘heat’ of secular novels restricted to a chaste touch of the hand or (gasp!) a kiss.

Regency romance has many avid admirers – some of whom may have been persuaded to read by Jane Austen films and a certain Colin Firth. Reading such novels can be a great way to gain a little more understanding about a time in English history that witnessed such things as the Napoleonic Wars, the advent of industrialisation and subsequent social upheaval, adventure and exploration and excess. Couple that with observing the relationship trials – and the fantasy element of grand houses and handsome, tilted heroes – and there can be a lot to enjoy and appreciate about Regency romances. 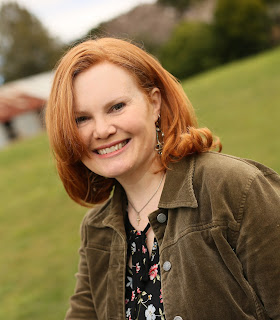 Carolyn Miller lives in the beautiful Southern Highlands of New South Wales, Australia, with her husband and four children. Together with her husband she has co-pastored a church for ten years, written songs and headed music ministry, and worked as a high school English and Learning and Support teacher.
A longtime lover of romance, especially that of Jane Austen and Georgette Heyer’s Regency era, Carolyn holds a BA in English Literature, and loves drawing readers into fictional worlds that show the truth of God’s grace in our lives.
Carolyn is a member of American Christian Fiction Writers, Australasian Christian Writers and Omega Christian Writers and is represented by Tamela Hancock Murray of the Steve Laube Agency. Her debut Regency novel ‘The Elusive Miss Ellison’ released in February 2017, and her second ‘The Captivating Lady Charlotte’ released in June from Kregel Publications. Both are available from Amazon.com.au, Koorong, Book Depository & other sites.
Connect with her at www.carolynmillerauthor.com and subscribe to her quarterly newsletter, and follow via Facebook, Twitter and Pinterest.
Posted by Jeanette O'Hagan at 05:00