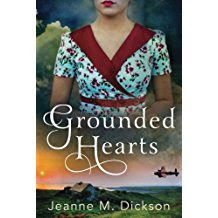 Blurb
In the midst of World War II, Ireland has declared herself neutral. Troops found on Irish soil must be reported and interned, no matter which side they are fighting for. When midwife Nan O’Neil finds a wounded young Canadian pilot at her door, she knows she’s taking a huge risk by letting him in. Not only is she a widow living alone, but if caught harboring a combatant, she’ll face imprisonment.
Still, something compels Nan to take in “flyboy” Dutch Whitney, an RAF pilot whose bomber has just crashed over County Clare. While she tends to his wounds and gives him a secret place of refuge, the two begin to form a mutual affection—and an unbreakable bond.
But Nan has another secret, one that has racked her with guilt since her husband’s death and made her question ever loving again. As Nan and Dutch plan his escape, can he help restore her faith?

I loved this novel. It’s very romantic, funny at times, and deadly serious at others. Nan O’Neil is a great character; strong yet vulnerable, courageous yet self-doubting.  Her inner journey and attempts to deal with her past are moving and intriguing. The development of the romance between Nan and Dutch starts very quickly, perhaps a little too quickly, as Nan barely has the dashing but badly injured Dutch inside her home before she’s moved by his physical attributes. While she interacts with him as chastely as one would expect from a young Irish Catholic widow, it’s clear from the start that a relationship is going to develop.

The other women characters are colourful and supportive and the collusion between them is delightful. I loved the Irish banter and joking. There are great insights into small village life in Ireland, as well as the community support and regard for each other’s needs. There is also the sleazy male policeman with regard only for his own needs and a total disrespect for women. He provides a good balance of characters.

The characters are well developed, and the story flows at a good pace without skimming over the internal struggles of both Dutch and Nan; emotional as well as spiritual struggles. The Christianity has a very Irish Catholic flavour which makes the story down to earth and real in terms of the setting and the times. Nevertheless, the case for a forgiving and loving God is made very clearly as Nan faces her guilt from the past and her need to forgive herself.

The serious nature of war; the dangers and moral questions it raises are not overlooked and the risk that Nan takes and the danger that Dutch is in are not underestimated, making for some scary moments.

The outcome will delight romantics and the story definitely has a ‘feel good’ ending, where everyone gets their just deserts.

I would highly recommend this novel. 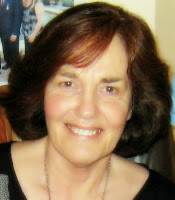 Carol writes historical novels based on her family ancestry in Australia from the First Fleet. They include the Turning the Tide series; Mary’s Guardian, Charlotte’s Angel, Tangled Secrets and Truly Free. Two of her earlier novels, Suzannah’s Gold and Rebecca’s Dream, were re-released by EBP.  Next of Kin was released in 2015 by Rhiza Press and the sequel, Beyond the Fight, in 2016. You can see more about Carol and her novels on her website, her Amazon author page or FB author page.
www.carolpreston.com.au
www.amazon.com/author/carolpreston