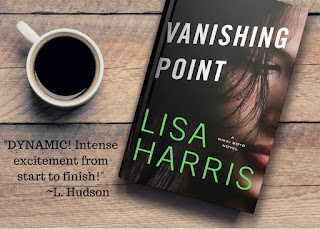 Many romantic suspense readers have loved the NikkiBoyd series in the past couple of years. Lisa Harris, whom some of you know, is the author of this tremendous series.

The fourth instalment in the series launched a week ago and Lisa was kind enough to respond to a few questions I posed her about the series.

ACW: Vanishing Point is the 4th in Nikki Boyd series. Would you mind briefly summarising each of the novels.

Lisa: VENDETTA is the first book in the series where we are introduced to Nikki Boyd, her work as part of a missing person task force, and a possible romance with a close friend of hers. We also learn the motivation behind her career change—her own sister who went missing ten years ago--but it isn’t long before the connection between the case she’s working and her own missing sister collide.

MISSING, book two in the series, is a brand new missing person case Nikki and her team have to deal with involving a missing couple, but it also continues with a possible romance between Nikki and Tyler as well as Nikki’s continued search for her sister.

Book three, PURSUED, jumps into the action with a plane crash and a missing woman as her romance with Tyler continues to develop.

The last book in the series is really being marketed as a stand alone for a couple reasons. While the first three books are all told in Nikki’s point of view, VANISHING POINT is her sister Sarah’s story and is from the point of view of the investigators that first took on her case before Nikki was even a police officer. While it was really hard to write—the story stretches over ten years—I think it ended up being the perfect conclusion to the series and hopefully will satisfy readers who want to know what happened to Sarah. 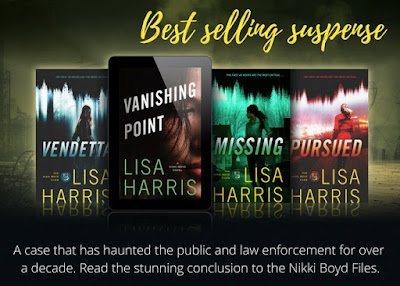 ACW: I can’t wait to get my hands on it, Lisa. When you conceived the series, or did you conceive it as a series, how many stories did you have at the beginning?

Lisa: I pitched it to my publisher as a three book series, though wouldn’t have minded writing more. :-) In the end, I was able to write this last story that really wraps up the series, which I loved being able to do.

ACW: I really like Nikki Boyd, she’s gutsy but vulnerable, is a fighter for the truth and loves the Lord. Was there someone you had in mind when you created Nikki?

Lisa: I’m so glad you like Nikki! She was so much fun to write. I really didn’t have anyone in mind when I created her, but I like writing about women who are like you said, gutsy, but vulnerable. Ordinary people who God can use in ways they never imagined. 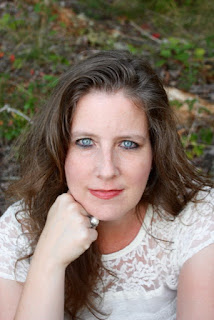 ACW: Your romance is suspenseful. Your stories always have great pace from the first page. For those of us who want to be able to write suspense what’s a tip you have for creating it and then maintaining it?

Lisa: It’s hard, I’ll confess. Part of it I think is writing until it feels right. Maybe that’s vague, but I always seem to know in my gut when something is off, even when I’m not sure what is wrong. And I always listen, which means working to fix what’s wrong—even if it means lots of rewriting. That’s not easy, but worth it. I also try to have every chapter end with a hook. I actually had someone give me a bad review because I do that, but that’s okay. If it’s suspense, there has to be a lot of twists and turns, right? I also love it when I’m writing and a twist comes up that I didn’t see. (My husband thinks that’s a bit crazy) But when I surprise myself, I figure I’ll also surprise my readers!

ACW: Is Vanishing Point the end or are there more Nikki Boyd stories in the pipeline?

Lisa: This is it. Part of me has been sad not writing anymore, because I spend a couple years writing her stories, but I’m on to something new which I’m also excited about.

ACW: As sad as I am that we won’t get to read more Nikki Boyd, I’m excited to hear more of your next project. You’re currently on furlough with your husband, back in your homeland. Besides your kids, family and friends, what's something you were hanging out to do when you got back to the US? And have you done it yet?

Lisa: One of the best parts of being here has been having all my kids together under one roof with me, even if it was short. We’re all spread out again, but at least we’re on the same continent! So that is a family thing, but that’s really what I’ve been most excited about. :-) Other than that I have to say a few good Mexican meals are a must, and I’ve already enjoyed a couple.

Thank you so much for having me stop by, Ian! I appreciate it!

Thanks, Lisa. Enjoy these next few launch weeks.
We’re excited to be able to give a copy of Vanishing Point away to a lucky reader. Just leave a comment and an email address where you can be contacted. I’ll contact the winning reader early in the week commencing 20 November.
BIO: LISA HARRIS is a Christy Award finalist for Blood Ransom and Vendetta, Christy Award winner for Dangerous Passage, and the winner of the Best Inspirational Suspense Novel for 2011 (Blood Covenant) and 2015 (Vendetta) from Romantic Times. She has over thirty novels and novella collections in print. She and her family have spent over thirteen years working as missionaries in Africa. When she's not working she loves hanging out with her family, cooking different ethnic dishes, photography, and heading into the African bush on safari. For more information about her books and life in Africa visit her website at www.lisaharriswrites.com
Posted by Ian A at 04:00