Chin up! Forward focus! I’ve got your back! 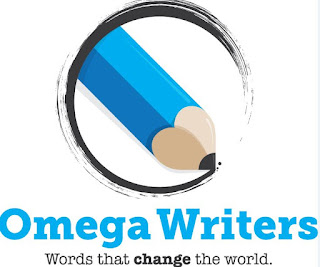 At our last Omega Writers National conference in October, I invited the marketing manager from Koorong Books to come to meet some of the established Australasian authors, and to conduct a session based on a whole heap of questions that I had sourced from various authors around about. To boil it down, the main theme of what we as authors were asking is: What on earth is going on with the Christian market!?#@?!

No, we didn’t really swear, but if tension could have been measured, and swearing was appropriate in a Christian context, you could well have heard some colourful language.

Frustrations are high amongst Australasian Christian Writers. Very few are doing well. Nobody is doing really well (and yes, I know I’ve used an adverb). Given that the Australasian Christian market used to support a title to the tune of at least 3,000 copies, some considerably more, today’s gauge of doing well is to the tune of 300 copies. Generally, a modest order of fifteen for online sales from the warehouse seems to be a starting point, and if they don’t move out in the first two weeks, the book is not considered worth re-ordering. (This reflects the performance of fiction, from my own selling experience).

Most of us are well aware that the eBook phenomenon has seriously affected the bookselling industry. Some of us have converted to reading eBooks (hiding my face in shame, but it’s so convenient and cheap). Personally, I’ve had two publishers and one well-established printer go out of business in the last ten years. All three companies were more than 30 years in the industry, and while I saw each one try to convert to digital, and try innovations, like the Titanic, they just couldn’t change course quick enough.

So when the young man from Koorong bravely set his foot on Omega Writers’ territory, I was well aware that I might need to fend off an angry mob. Really, I wanted to be part of the angry mob, and demand attention and answers, but I invited the poor fellow, and felt sorry for him. To his credit, he was the one who was willing to open the lines of communication, and come to meet us and hear our stories. He presented a very informative session that addressed most of the questions we asked.

The fiction market particularly has dropped dramatically. Koorong, the last Christian book chain standing, are struggling to get foot traffic in store. Even their online eBooks struggle to compete against the likes of the fire-breathing, monopolising giant, Amazon.

I, like many in that room, wanted to shake him and make him understand that our books can’t sell if they’re not on the shelf. From his research, and what the state of the market is, it appears they might not sell, even if they were on the shelf.

Of course I want to take this as a major offense—that my writing has been rejected. I’m sure I’m not alone.  But that is a fruitless and ridiculous hole to fall into.

If there is anything that we as Australasian Christian writers can do, it’s support each other. If we want a physical, bricks and mortar Christian Bookshop presence in Australia, then we are going to have to support them. At least order the paper back from them as opposed to major international discount sellers. Our intrepid friend from Koorong marketing watches the clicks. He’s a digital man. If you’re clicking on Australasian authors just to read the blurbs, leaving reviews, and best of all, ordering their books, it gives him confidence to venture out a little more next time. We have to do it, folks. If we don’t get each other’s backs, then we won’t have a Christian market in Australia.

So my encouragement to you, today, as president of Omega Christian Writers is: use the Koorong website regularly, read the reviews, read the blurbs, and when you have a mind to buy, consider them first.
Or if you have a small independent Christian Book shop in your town, make sure you pop in there and try to use their services.

Onward and upward, friends! Chin up!