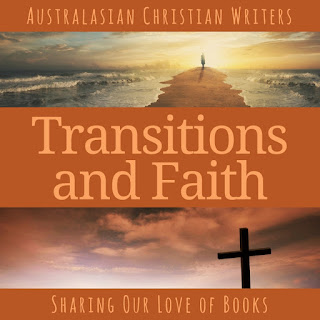 Several years ago, I was still actively freelancing as a writer – for several local magazines in Malaysia and also for several corporations. For all intent and purpose, I was a Christian who wrote for a living but I found myself at a crossroads in my career. The work which had once given me so much joy now felt like a chore and I struggled to write a simple press release, much less a full feature article.

At first, I dismissed it as writer's block and told myself that I was merely experiencing a temporary dry patch – something all writers go through every now and again.

But as time went by, I realized that there was nothing temporary about the way I was feeling. After several months, my restlessness grew and my dissatisfaction with my work intensified. I reflected deep and long and I realized that the problem wasn’t my writing but the subject matter I was writing about. You see, at that time my walk with God was also reaching a new height of intensity. The deeper I grew in my faith journey, the more I began to feel detached with my writing in the secular world.

I realized what I needed to do was make the transition from a Christian who wrote to become a Christian writer. Now don't get me wrong - I'm not saying that writing for the secular market is wrong. On the contrary; I know many Christians who are very successful doing that and are still wonderful witnesses to their faith. I'm merely saying that for me, I sensed God leading me to walk in a new direction.

And so I began, at first I wrote short devotionals for my church’s social media, then I began contributing to various Christian publications. The moment I made that decision and plunged right in, I felt an immense joy bubbling up from within. I rediscovered the immense pleasure of writing and wanted nothing more than to only write about God. Unfortunately, it couldn’t pay my bills but I also knew that I simply could not go back to the way things were before..

So I started to earnestly pray and ask God to make a way for me to write about Him and yet find an avenue for an income. On my own,  I saw no other way but to only write about my faith on the side and continue to freelance in the secular world – even though it left me feeling conflicted. But I also knew about the miracle-working God I so loved.

See I’ve learned that sometimes God brings along situations that we cannot handle without Him - so our dependence on Him increases. He’s done this many times in the Bible; when Gideon was given 300 Israelites against hundreds of thousands of Midianites, when David faced Goliath, when Peter - a fisherman - had to speak to a group of religious leaders and men of the law, and when Esther found the fate of her people in her hands.

None of them could handle their circumstances on their own but with God, it became possible. Revelations 3:20 says, “Here I am! I stand at the door and knock. If anyone hears my voice and opens the door, I will come in and eat with that person, and they with me.”

God isn’t simply waiting for an invitation for us to open the door; He wants communion with us. He wants a fellowship so He can accomplish the impossible through our life. When God knocks at the door, we can be sure something extraordinary is about to enter our world. And I knew that the tug of war I was feeling deep down was God knocking on my door to come closer. I sensed He wanted intimacy with me in all areas of my life – including my writing.

So I surrendered the situation to him and waited. I knew that He was going to make a way for me to spend more time in my Christian writing and open a new door for an income. Lol and behold He did! One day, I received a phone call from a recruitment agency for a top accounting firm who was looking for an English language Editor to work for them twice a week. I pursued the opportunity further and after a very short interview and salary negotiation process, I was offered the position. The best part, I would be paid a salary that would take care of all my bills with some change left over AND I could use my remaining 5 days of the week to write about God as much as I wanted!

Since then, I’ve completed my first book of devotionals which I’m trying to publish and also began actively contributing to several Christian publications. I’ve learnt to never put God in a  box and witnessed the extraordinary power of surrendering everything to Him, including my writing! When we are faced with a transition, I've learned that Faith is the key to open the right doors. 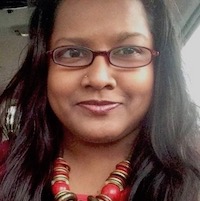 Suzane Avadiar is a writer, blogger and avid traveller from Malaysia. Over the last 17 years, she has written extensively for various publications in the global marketplace. Writing is not only her passion but also her instrument of worship. She has a deep desire to reveal the Father’s heart through her writings so that every reader steps into their God-given identity. Suzane also writes devotions on social media for her church, Destiny C3 Subang. She recently completed her first book, Sent To Journey – Devotions for the Traveller, and is pursuing publishing opportunities. She can be reached through her blog atwww.suzaneavadiar.com or on her Facebook page.