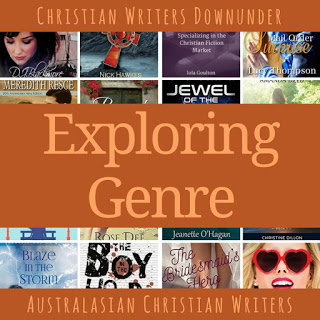 Today we have Sandra Orchard visiting us talking about Suspense. Welcome Sandra.

Well, I’m Sandra Orchard and in the last seven years, I’ve had 16 novels—romantic suspense, mysteries and cozies—traditionally published. And here are my top five tips to help you get started.

1) Know readers’ expectations of your subgenre

Writing genre fiction is all about meeting readers’ expectations. So . . . the first thing you need to do is figure out what kind of “suspense” novel you’re writing.

For example, if it’s a suspense with romantic elements, don’t pitch it as romantic suspense, because a true romantic suspense has both a full suspense plot, and a full romance plot that are intertwined throughout the story. And publishers such as Love Inspired Suspense know their readers want both the emotional satisfaction of a romance and the adrenalin of a suspense, and the odd romantic element tossed into an otherwise riveting suspense won’t cut it for their readers.

And a mystery is entirely different again. In a mystery, the protagonist sets out to solve a crime that has already been committed. Readers approach mysteries with the anticipation of solving a puzzle along with the sleuth. Whereas, a a suspense is more like a coil that tightens around the protagonist. She’s in a race to avoid being the victim of a crime and the reader is more concerned about how much damage the villain will cause if he’s not stopped. Thrillers may be all of that with high action to boot.

The more you know about the elements you wish to include in your story, the more authentic it will read. If you say, she smelled cordite after a pistol was fired, every reader who knows anything about modern guns will know you didn’t do your research. Research crimes, technology, occupations, personalities, even settings.

Tension is often heightened in the details.

3) Use Setting to Up the Suspense

Use all five senses to immerse the reader in the action, to foreshadow and to drop clues. But … don’t stop the story to convey description. Same goes for all the other research you’re itching to include in the story. Keep description active, sprinkling it in as the story unfolds. Choose strong verbs and nouns that show the mood of the pov character to do double duty of both heightening suspense, as well as showing the character’s internal conflicts.

For example, in my debut novel Deep Cover, I give readers this glimpse of the opening scene:

Rick glanced skyward and prayed for a miracle. A lone backhoe loomed on the horizon, silhouetted against the steel gray sky, its tires caked in mud. Too bad the machine wasn’t big enough to dig him out of this mess.

Notice the word choices: Loomed, steel-gray, dig, mess—they show his frustration without ever saying he’s frustrated and they ratchet up the stakes for him.

A common mistake among beginning crime writers is to create two-dimensional, slow-witted villains. The villain’s motives should be as realistic and believable as your main characters’. Your villain’s background must be as well fleshed out as your hero and heroine’s. In my opinion, a well-characterized villain can totally justify his actions in his own mind. He needs to be a worthy opponent. Also, give him a redeeming quality.

Facts are facts. You can’t pretend they’re not, just to make your life easy. That said, it’s okay if everything in your story isn’t 100% possible, but within your story world it does have to be plausible.

Moreover, you must play fair with the reader. That means logic counts, and you can’t pull a convenient explanation or twist out of the blue; you have to set it up first. Every detail you’ve written matters, especially in whodunits. As the adage goes, if she’s going to shoot the gun hanging over the fireplace in ch 18, you better have shown it in ch 2.

Up the tension and urgency in a scene with short sentences and short paragraphs, even a single word.

Share a suspense writing tip or something you often see in suspense novels that drives you batty.   Or ask a question and I’ll do my best to answer it. 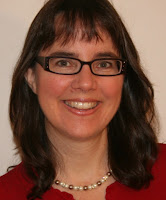 Sandra Orchard—winner of the RT Reviewers’ Choice Award, the National Readers’ Choice Award, the Daphne du Maurier Award of Excellence, and several Canadian writing awards—leaps off the garden trails of her herbal-medicine-researcher-turned-amateur-sleuth (Port Aster Secrets) series, to the museum corridors of her plucky FBI art crime agent Serena Jones, in A Fool and His Monet, Another Day Another Dali and Over Maya Dead Body. She’s also contributing to several multi-author cozy mystery series with Annie’s Fiction. When not plotting crimes, Sandra plays make-believe with her young grandchildren or hikes with her hubby and husky near their home in Ontario, Canada.