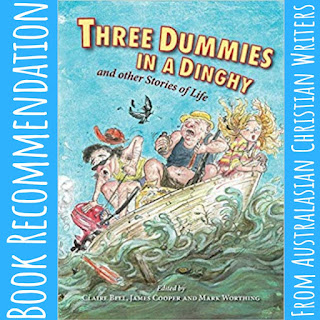 Today we're delighted to welcome May-Kuan Lim to share a recommendation for a very special new release: Three Dummies in a Dinghy (and other Stories of Life), featuring stories from the 2018 Stories of Life competition longlist.

Three Dummies in a Dinghy is the third instalment of the Stories of Life series.


In it, ordinary Australians share their extraordinary stories of faith and life. Some tales are humorous, others are entertaining and upbeat. But not all are happy stories. Many writers describe how they were found by a loving God in the midst of doubts and great suffering, and the circumstances don’t always get easier. But the message still comes through loud and clear that God is faithful, near and active in the lives of ordinary people.

We discover that there are unsung heroes of all kinds among us. With their encouragement we can open our eyes a little wider, see more clearly, and trust more deeply in the boundless kindness of our Lord.


Three Dummies in a Dinghy is the title of the 2018 Stories of Life anthology to be launched tonight, 29 November, 6:30pm at Tabor Adelaide. For the third year running, this writing competition has been seeking out stories of faith and testimony. 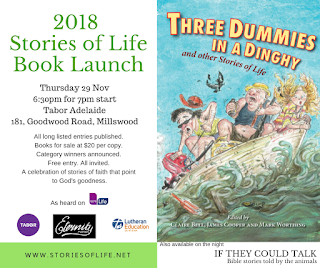 If I had to pick out one line that sums up the book, it would be this, written by Tsung Chung, in The Year:


“Some things don’t seem to fit together – freewill and predestination, beetroot and burgers, resentment and gratitude. And still, these odd couples are found everywhere –in the Bible, on the Hungry Jacks’ menu and, somehow, within myself.”

Tsung doesn’t spell out clearly what has happened, but whatever it is has forced him to be the one to pack cucumber and cheese sandwiches for Shaoey. Later in the year, he organizes a birthday party for her. He manages everything, except that the cake is store-bought, because he doesn’t bake. Grief is palpable. 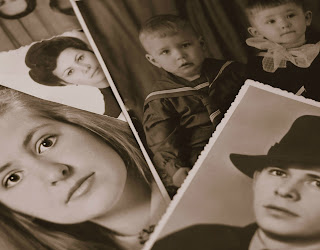 This book is like a photo album of followers of Jesus from all over Australia, and even one from Africa. Each short story (and they are short – ranging from just under 500 words to 1500 words max) is a snapshot of an event, or a series of events, sometimes reflective, sometimes in crisis, sometimes meandering, sometimes short and sharp.

In A Thin, Delicate Thread Trevor Hampel writes about his wife’s battle with cancer. As he follows the ambulance, he prays, ‘though not knowing for what I should be praying’. As the end approaches, Trevor names the things he is grateful for – a son who flies in from Sydney and a daughter who comes back from Africa in time through a series of miracles. Of the moment itself, Trevor writes with grace and dignity. He is able to do this – I come to understand – because it is only a thin delicate thread separating temporal life and eternal life.

Jeanette Grant-Thomson writes of her friend Peter, diminished and diminishing through Parkinson’s. She weaves her story back and forth, past and present, so that we see this man in the strength and comedy of youth, and then we see him now, old and struggling to speak.

There are stories by children – Grandpa Really Nailed It! – and stories about children: children watched over by a frazzled mum, by a foster mum. But what happens when no adult watches over a young one? Stella Fortunata Collins writes of emotional and physical abuse in childhood. The details are disturbing, but she reclaims the past through the writing. In contrast, Cleo B writes of what it is like to be in foster care, right here, right now.

The stories are visceral enough to give you a picture of what’s happening: the smells, the sounds, the emotions – hilarity to desperation as a dinghy spins out of control in flooded waters – in the story that gives this anthology its title: Three Dummies in a Dinghy.

An authentic voice is key to good writing and the variety of voices in this anthology makes it a delightful read: some glad, some sad, some a little mad (those dummies again). It even features God’s voice, which Robynne Milne describes as ‘immensely kind’.

The writers have been honest enough to speak of despair and doubt. Many stories have not yet reached their happy-ever-after ending. They are written by people still in the messy business of living, so there are no neat resolutions, but rather, arrivals.


‘Although Dad and I have reconciled, our story is far from perfect. The gap is closing but in reality it will always exist….Outside of eternity, Closing the Cultural Gap is an unfinished story but because I have faith in our final chapter, I will continue to write with hope.’ 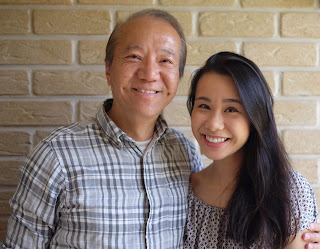 There is an arrival, even in Tsung’s story The Year. Father and daughter arrive in Adelaide. Steven Curtis Chapman’s song plays in the car, Trust God and take another step, And another step…. So that’s how beetroot goes with burgers, resentment goes with gratitude, and predestination with free will.


This is a surprising book, something you could leave on your coffee table, or your office reception, and people will pick up if just to find out what those three dummies are doing in a dinghy.

Collectively this book describes some of the most pressing issues of our times: loneliness, living with illness and disability, family breakdown. I have mentioned only a few stories here, not because they are better, but because they spoke to me. Should you read the book – and I highly recommend it – in all likelihood a different selection will impress you. We are drawn to what we relate to, and there’s such diversity in here to ensure that there’s something for everyone.

Although post-modern society has largely stopped listening to sermons and stopped going to church, people are still hurting and hungry for authenticity, for truth, for hope. I think creative storytelling is one of the keys to engaging with family, neighbours and colleagues.

About Stories of Life

Let’s also consider to how we can contribute to next year’s anthology. If you’ve not already done so, or if you don’t usually write non-fiction, I urge you to try writing about an incident where you saw God’s hand at work, or heard his voice – in letters, in song, in nature – wherever it was that he met with you. Then send it in for next year’s competition. We will be accepting submissions at storiesoflife.net from 1 April 2019. We would love to hear from you. 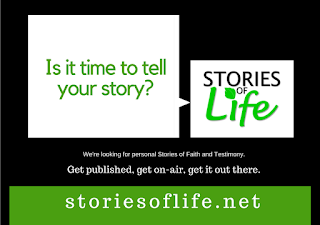 May-Kuan Lim is a speaker, teacher and writer who blogs at maykuanlim.com
Posted by Iola at 04:00