We should go with our hearts 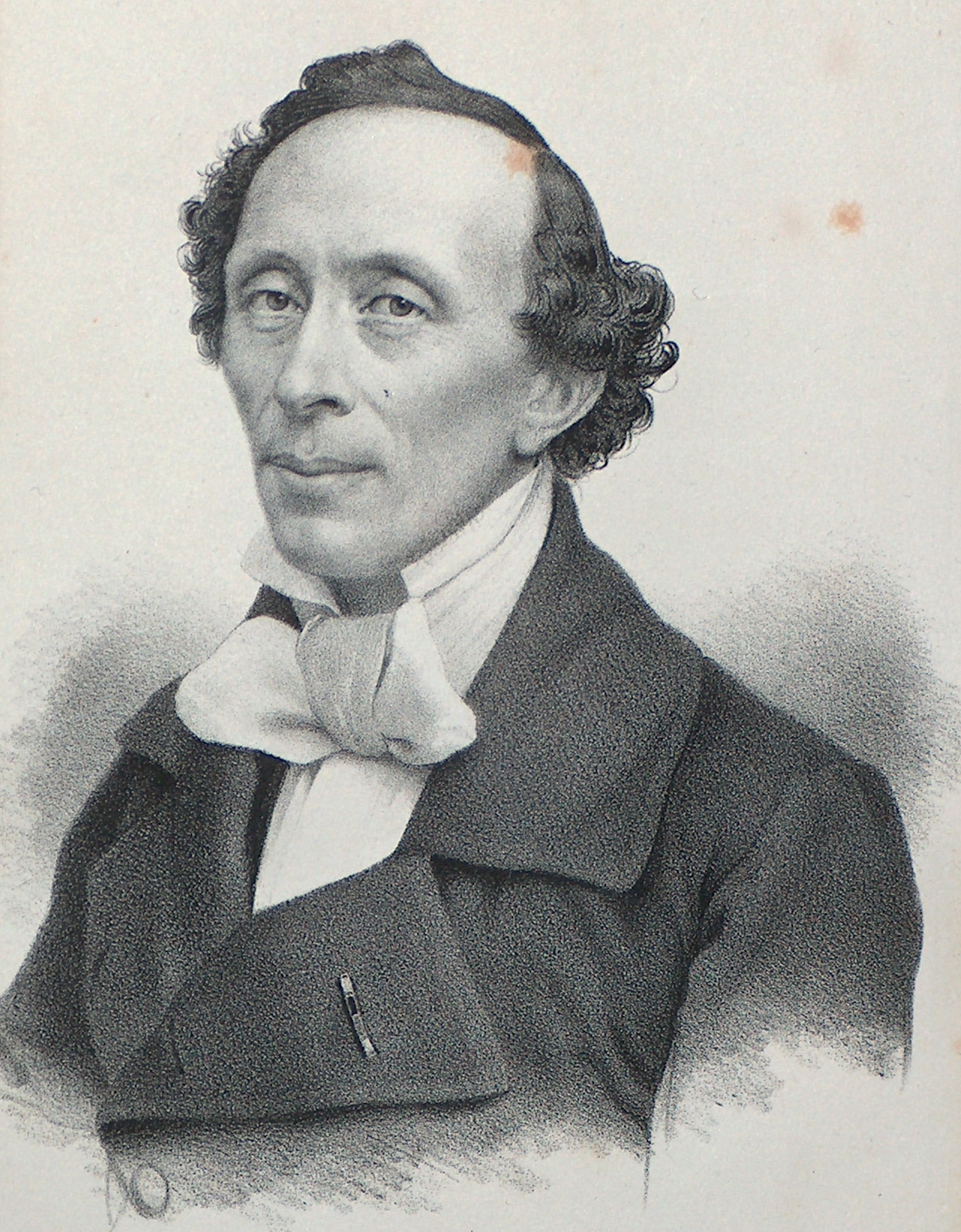 This is Hans Christian Andersen. I've read his stories with the kids, and recently, my younger son and I were reading about his personal history. He was a poor boy who travelled in rags from his tiny Danish village, Odense, to try to make it big as a singer or actor in Copenhagen. Although he never managed to do that, he did strike a bit of notoriety with a novel called, "The Improvisator", which he was tremendously proud of. I was quite surprised, as I never knew he'd ever written a novel.

It seems that the children's tales he was so fond of dreaming about in his childhood were still close to his heart. He used to let his imagination run away with him and make them up for himself as a boy, to distract himself from his hard life. Later, he told them to the children of his headmaster, who loved them. In spite of being at a stage of his life for shaking off childish things, he couldn't forget them.

I can imagine that it gave a bit of a mental tussle to decide to focus on them, rather than writing more novels, as he'd intended to. He'd made a bit of stir with it, and it seemed far more stylish and intellectual, to impress the worldly adult crowds around him. In comparison, kids' tales probably seemed to have not as much point. They were just something to wile away childish hours and bring a bit of amusement while growing up. When you consider that, in Andersen's time, children were expected to put in a good, hard day of work, more so than now, his decision to focus on fairy tales might have seemed all the more of a bad move. Surely serious, meaty genres would be more strategic to write than self-indulgent nonsense? he might have thought.

Something made him go for it anyway. Hans knew deep in his heart that his stories reflected excellent values, such as truth, love and goodness. Perhaps more to the point, he felt he'd enjoy working on them more. So he gave up on the novel-writing ambition, focused on the children's tales, and we all know the result. The whole world has heard of his tales, whether or not we know to attribute them to him, and few people outside of Denmark have ever heard of "The Improvisator."

My children weren't impressed with some of his stories, especially "The Tin Soldier" and "The Little Mermaid". I remember the expression on my daughter's face when she heard the real ending, in which the mermaid, pining away for love of the prince, passes away and becomes sea foam on the ocean. The Disney ending was far more to her taste. Then I reminded her that Hans Christian Andersen also wrote, "The Emperor's New Clothes" and "The Ugly Duckling." He has become one of those people who have influenced the juvenile mindsets of so many of us.

So what does all this have to do with us? The more I thought about it, the more answers I seemed to have.

Following the guidance of our hearts in what we choose to write is probably still the best way to operate, even if it seems ridiculous, when we look at what seems to be popular on the market shelves.

Changing genres isn't necessarily a bad thing. Even though we may be encouraged to stick to what we write well and make a 'brand' for ourselves, there is no need to doggedly persist if our enthusiasm wanes.

Even if what we write may strike our peers as unpopular or controversial at the moment, we have no idea how God may use our obedience in times to come, which are still far off.

Paula Vince is an award-winning author of contemporary Christian inspirational fiction. She likes to set her novels in the beautiful Adelaide Hills of South Australia, where she lives. Please visit her website, www.paulavince.com.
Posted by Paula Vince at 03:00