Ah, Valentine’s Day. The perfect day to the year to talk about romance.

Interestingly enough, Valentine’s Day hasn’t always been the commercial celebration it is today. Its origins  come from the church, a day of commemoration for several early saints named Valentinus. Back in the middle ages, Geoffrey Chaucer and his friends were responsible for associating the day with romantic love. By the 18th century, it had evolved into a day when lovers would present each other with flowers, confectionery and greeting cards. And the rest, as they say, is history.

Now this romance stuff is all well and good, but if it’s only alive and well on one day per year, then I don’t think the relationship would last for very long, do you? Let’s face it, one day of ‘hearts and flowers’ is just not enough to sustain a meaningful relationship for the next 364 days by any stretch of the imagination.

I strongly disagree of course! However, you might like to take a look at this article, recently shared by Narelle Atkins – here’s the link if you’d like to read it: http://www.christiantoday.com/article/whats.wrong.with.christian.fiction/35663.htm

Within the article is an intriguing comment by Grace Bridges, a NZ writer and editor who runs Independent Press Splashdown Books. One of the things she said was that Christian romance novels ‘can seem like a lot of fluff and create unreal expectations of life’.  It’s important to note that Grace was referring to a bunch of books she was given as a teenager.

Unfortunately, this is not the first time I’d heard of this. A friend of mine once told me about a girl whose expectation of marriage came from these novels. The young lady then married, and it wasn’t long before she was in trouble, to the point of needing counselling in order to cope with the realities of life. Very sad indeed.

I firmly believe Australian Christian romance writing has come a long way from those days. Of course, there is always room for improvement, but I can safely say that the romance novels written by my colleagues deal with issues and situations that are real and common to many of us today. The characters have struggles; they are flawed; they both frustrate and delight as we are taken along on their journey to find love.

But here’s the thing: Even though they are made up, fictional people, they are relatable. This statement has been borne out countless times by emails,  reviews, and conversations with readers. Nothing does an author’s heart good more than hearing that one of their characters has given a person the courage to make the right choice, given them hope, inspired them to try again, and encouraged them in their walk with God.

One of the tools many of us use when creating our characters are The Five Love Languages by Gary Chapman. Lucy Morgan-Jones explained this beautifully in another blog post last year:
http://internationalchristianfictionwriters.blogspot.com.au/2013/06/the-five-love-languages-for-characters.html

To recap, The Five Love Languages are: Words of Affirmation, Quality Time, Receiving Gifts, Acts of Service, and Physical Touch. Once we have a good handle on each of these, they not only make our characters relatable, but they help us to love our spouses and family members in ways that are meaningful to them.

So here’s to a great Valentine’s Day. Perhaps you could buy your loved one a romance novel. That’s if he or she is into Receiving Gifts of course! 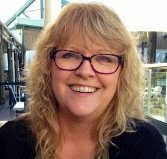 Andrea writes contemporary Christian romance, and lives on the Gold Coast, Queensland, Australia. Her debut novel, ‘A Simple Mistake’ was published by Even Before Publishing in 2012. Her second novel, ‘Too Pretty’ is to be published by Rhiza Press in August 2014.