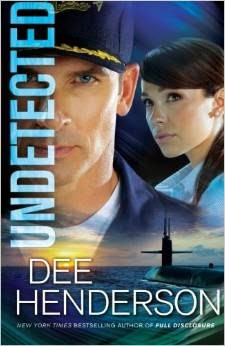 Commander Mark Bishop is deliberately low-key: "I'm in the Navy." But commanding the ballistic missile submarine USS Nevada, keeping her crew trained and alert during ninety-day submerged patrols, and being prepared to launch weapons on valid presidential orders, carries a burden of command like few other jobs in the military. Mark Bishop is a man who accepts that responsibility, and handles it well. And at a time when tensions are escalating around the Pacific Rim, the Navy is glad to have him.

Mark wants someone to come home to after sea patrols. The woman he has in mind is young, with a lovely smile, and very smart. She's a civilian, yet she understands the U.S. Navy culture. And he has a strong sense that life with her would never be boring. But she may be too deep in her work to see the potential in a relationship with him.

Gina Gray would love to be married. She has always envisioned her life that way. A breakup she didn't see coming, though, has her focusing all her attention on what she does best--ocean science research. She's on the cusp of a major breakthrough, and she needs Mark Bishop's perspective and help. Because what she told the Navy she's figured out is only the beginning. If she's right, submarine warfare is about to enter a new and dangerous chapter.

I have become a fan of Dee Henderson only recently, thanks to Iola Goulton. After reading her review of Full Disclosure I grabbed it from my local library and was hooked. I snapped up the next book, Unspoken, devoured that, and then waited anxiously for this one, Undetected.

So why am I such a fan of Dee Henderson?

For a start, her books contain elements of romance. Being a huge fan of that genre I wouldn’t have enjoyed them as much if they didn’t. But her latest three novels are, in my opinion, the best of all her books. Why? Because of the author’s attention to detail. And I don’t mean mere trivia.

Mark Bishop is a submarine commander. The protocol, the manoeuvres, the day-to-day life of a naval officer, the jargon – it’s all there. I would swear Dee Henderson had been an officer herself. And then I found out what Gina Gray did for a living and was blown away by the intricacies involved in describing her job.

Now, while I’m not sure if Dee is a naval expert in real life, her writing has convinced me she is. But the story didn’t shine for that reason alone. While reading Undetected, my heart literally pounded because of the tension (and not just because I’m a little claustrophobic and would never set foot in a submarine). I even caught myself shaking my head at the scope and sheer intelligence of Gina’s discoveries. I’ll wager Ms Henderson is one smart cookie herself.

Last month I picked up a romantic suspense novel by an author I hadn’t read before and probably won’t again. She had the protagonist coping so well after a harrowing near rape that she happily joined friends for dinner without any ill-effects. And then the hero, an FBI agent, forgot his gun while chasing after the villain. Realistic writing? Hardly.

I can recommend Dee Henderson on that count ten times over. And because of the military content, this could be a novel for male readers too. I suspect some readers could be disappointed by the almost methodical rather than emotional way the romance unfolds, but I didn’t mind at all - it was in keeping with the personalities of the characters.

Undetected gets five stars from me.

About Andrea Grigg
Andrea writes contemporary romance. Her second novel Too Pretty was released on August 1 by Rhiza Press. Her first book A Simple Mistake was a finalist in the CALEB Awards 2012 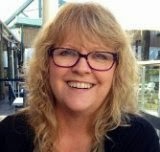