One Question to Boost the Conflict in Your Fiction

Are you looking for a way to inject more drama or conflict into your fiction?

If so, answer this one question for each of your characters:

What does this person value more than what is right?

In other words, what thing would they put above their ethics, beliefs, even loved ones? Once you’ve established this, just throw in a problem that makes them confront their priorities, and—bingo!—drama galore.

The most effective example I’ve ever seen of this is the TV show Suits.

Suits is a drama about corporate lawyers who, for the most part, are okay people. Except for one thing: one of them is a fraud. 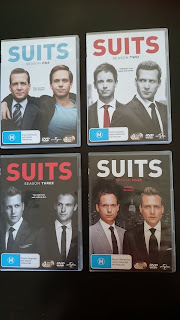 The premise itself is full of conflict, and the weekly legal cases are always high-drama. But what makes this show really shine is its characters.

First you have Harvey Specter, the legal golden boy. He’s charming, smart, and always wins. He loves to win so much, that when he finds legal genius Mike Ross, he hires him as an associate lawyer—despite knowing that Mike has never actually been to law school.

Now we have two major conflicts—Harvey will push the boundaries to be the best, and now he’s covering for Mike’s fraud. But as much as he loves winning (and boy, does he love winning), he cares even more for his long-time friend and secretary, Donna.

So any time, say, an opposing legal firm tries to attack him via Donna, there’s nothing he won’t do to save her. Donna is equally loyal to Harvey, so when he’s unjustly accused of shady legal deals, she’ll even destroy evidence to protect him.

Meanwhile, Harvey’s colleague and frenemy Louis Litt desperately craves people’s approval, especially Harvey’s. So even though he loves the law and their legal firm, when an accidental screw-up has Louis on the verge of losing all Harvey’s respect, he’ll do anything to avoid being exposed.

Their boss, Jessica Pearson, loves her boyfriend, but she loves their legal firm more. So when Mike’s fraud is in danger of coming out, she’ll lie to the man she loves, rather than confide in him.

And just like that, four professional people, each with one or two misplaced priorities, will suddenly be put in situations they never dreamed of because of the choices they made.

And all that drama is just from the characters—we haven’t even discussed a single legal case yet!

Sometimes this can feel hard to pull off in Christian fiction, where most characters are expected to love God and have a strong moral compass.

Christian romantic comedy author Jenny B Jones does this well in her novel Save the Date.

In this book, former pro football player Alex Sinclair is running for Congress, and to save his 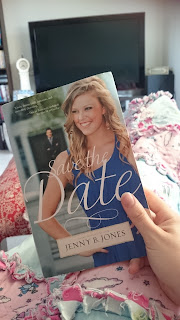 plunging approval rating, his campaign team decides he needs a fiancé. Lucy Wiltshire runs a residential program for teenage girls with bad home situations, but it’s on the brink of going broke. When Alex offers to save her girls’ home in exchange for five months as his fake fiancé, Lucy takes the deal—and hilarity ensures.

Both of these characters are Christians who genuinely love God. So how can they lie to their family, friends, and the world? Though misplaced priorities and a lack of trust in God.

These mistakes pave the way for a strong internal journey for both characters as they realise their wrongdoing and deal with the consequences of their actions.

Consider your characters’ strengths and weaknesses. Is there room for them to mistrust God, or place their pride first? Take that and run with it.

You’ll have enough drama to fill a library.

Jessica Everingham is a 24 year-old Australian writer. She prefers the term writer because it's too hard to say former journalist, aspiring author and current online training developer all in one mouthful.

She loves to catch up with readers and writers on Facebook, Twitter (@JessEveringham), her blog, and in her Christian romance Goodreads group. Smoke signals also acceptable.