I freely admit I am not the world’s keenest or best gardener.  Our garden is more a survival of the fittest. But sometimes neglect can be taken too far.


I have two browallia in my garden. One, the newer plant, was alight with its orange and yellow flowers. 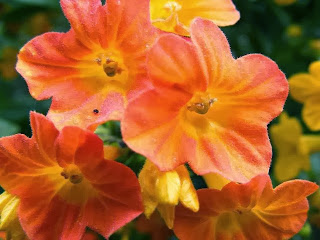 The older browallia was struggling to produce flowers. A friend, who came round knowing my husband and I are not knowledgeable gardeners but are always keen for advice, said, ’No wonder this browallia isn’t doing any good. Look at it! Its roots are all uncovered.’


Sure enough they were, a consequence no doubt of recent strong winds that had whipped through our area, stripping the soil from around the roots. The roots we exposed. Good reason why my poor bush wasn’t doing well. My husband got some rich potting soil and packed it around the bush so the roots were once again covered. A short time later it started to bloom till the bush was smothered in vibrant flowers. 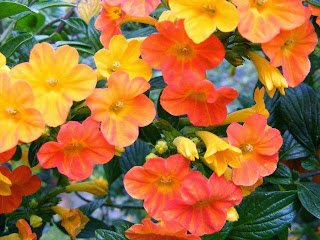 So what does this have to do with writing? Everything I would suggest. Each of us needs to be firmly rooted in God’s Word. How can we hope to convey truths to others though our fiction, our devotionals, our poetry or whatever else we are writing unless we are firmly grounded and rooted in the Word of God? But too often it is easy to let Satan get in with the winds of discouragement and despair, or winds of criticism that make us doubt ourselves, our writing ability and our calling. I’ve been experiencing that lately. What happened? It stopped me in my tracks. The novel I was working on stalled. After all what was the point? I’d never get it finished and even if I did, it would never get published. Those were the thoughts that kept insinuating themselves and circulating in my mind.


I’d let go of God’s initial prompting and His promises. I’d let negativity take over and like that unrooted browallia I was not flowering the way I should. But God didn’t give up on me. 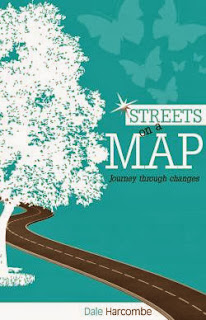 Sometimes it takes a while to get through to me. Thankfully the Lord didn’t give up. First I received a couple of emails. One was from another Aussie Christian writer saying how much they enjoyed Streets on a Map.  Then a friend sent me an email from a non Christian relative who received it as a birthday gift. She emailed that she ‘absolutely loved the book’ and was ‘looking forward to reading another novel’ from me. She wouldn’t have gone near Streets on a Map if the label Christian fiction had been attached to it. To her it was just a book.


As if those prompts were not enough, a lady at church mentioned that her teenage daughter was recently re-reading and enjoying Streets on a Map. She then asked what was writing now. When I told her ‘nothing,’ she asked why. I didn’t want to go into any details. But then she asked me a question. ‘Is it worrying you not writing?’


Suddenly that question, on top of our pastor’s sermon about not giving up, was like a lightning bolt hit right in front of me. I realised it was worrying me. That writing a few poems, blogs or book reviews were not enough. I needed to get back to the novel I had started a while back.


So yes, I not only got back into writing it but told her the next Sunday what had happened. She was pleased as she realised that it had been God using her mouth and words that got me back to work. Whether Sandstone Madonna is ever published or not, is not up to me. It is simply not my problem. All I have to do is be obedient, and write and try and make it the best it can be. The rest is His job. 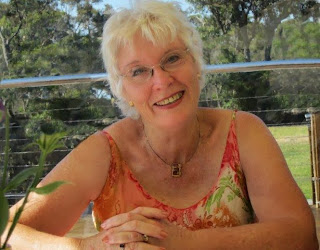 Dale writes fiction and poetry. Her latest novel is Streets on a Map is currently available as an E book. She has also written children’s books, bible studies, Sunday school material, devotionals, and articles about marriage, home and Christian living. She is currently at work on a new novel, tentatively titled Sandstone Madonna.
Posted by Dale at 00:00