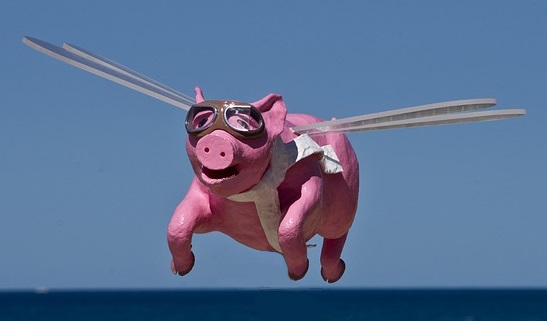 As a child, I loved words — learning the precise names of plants, animals and people; remembering proverbs, sayings and idioms. I loved the way words rolled off my tongue; the way words belonged together – ‘chalk and cheese’, ‘treasure trove’ or ‘bright and beautiful’.  I loved that there was a word to express the smallest nuance or a phrase to say precisely what one wanted to say in a colourful and picturesque way. I especially loved that sayings often came in opposing pairs. ‘Many hands make like work.’ ‘Too many cooks spoil the broth.’ ‘Great minds think alike.’ 'Small minds seldom differ.’

I was shocked to learnt that much of my treasury of words and sayings are considered to be deadly traps or mortal sins for modern fiction writers. A good writer, it is said, avoids clichés like the plague.

What is a cliché?

A cliché is a word, phrase or idea that has been overused and is now trite, predictable or no longer fresh. It is something that has been repeated so often that it becomes as ineffective as baldy tyres.

Clichés are easy to write and to understand but they are often lazy, boring or bland.

We use clichés in metaphors, phrases, dialogue, characters and plots.

Clichéd metaphors are phrases or images that are overused due to their original creative brilliance or aptness. (Some words are fossilised cliches e.g. 'understood'). Examples of clichés include phrases such as ‘your worst nightmare’ or ‘a rough diamond’ or ‘a heart of gold’.

Powerful prose includes original but also natural or appropriate metaphors. To compare teeth to pearls is not original. To compare pupils to curled up caterpillars as Travis Tea does may be original, but it’s also bizarre.  Metaphors need to have the right tone or give the right impression as well as being appropriate to the character and setting. Sometimes it’s hard to find the balance between originality and appropriateness.

Clichéd characters can jar or bore the reader. A common mistake is to have a ‘Mary Sue’ character — a character who is beautiful, brilliant at everything, loved by all. Other clichés might be ‘the chosen one’ (especially in fantasy), the dumb blonde or the wise fool. In trying to leave the cliché behind, we can sometimes produce a polar opposite cliché, for instance, the person whom society expected to be good is shown to be truly evil.

‘The real problem with clichés is that they deprive us of genuine details, which, though less sensational, are both more convincing and more interesting.’ Peter Selgin 2012

You can add individuality, complexity and/or place the character in a different context or culture.

Christopher Booker suggests there are seven basic plots while Joseph Campbell reduces plots to one (the Hero’s Journey). Common plots may include rags to riches, overcoming the monster (within or without), the journey and return, the quest or romance.  It may include devices such as ‘happily ever after’, ‘love at first sight’, animals or kids smarter than adults (common Disney theme), initiation ceremony as threshold into adventure, killing off the parents (often in Young Adult).

Other works can be clearly derivative — for example, the common use of elves, dwarves and orcs in fantasy fiction following Lord of the Rings; or stories about schools of wizardry (following Harry Potter). There is heated debate whether The Hunger Games is a take-off of Battle Royale or whether Paolini in Eragon borrows too heavily from Star Wars (in plot) or Tolkien and MaCaffrey in his world building

Clichéd situations can happen in real life and different plots or plot moves may move in and out of fashion. Randy Ingermanson argues that producing an emotional response is more important than avoiding all clichés. He talks about ‘design patterns’. For example, a door is a design pattern that solves a common problem (how to get into a room). Doors can come in different shapes, materials and sizes. Even a door can be one of a kind.

While it's not easy (or even desirable) to avoid all common elements in plots, it is essential to come up with a fresh angle or recombination of elements.

When is it okay to use clichés?


When is a cliché not a cliché

Orin Hargraves argues that some frequent expressions aren’t clichés. Some are formal words or titles. Also many idioms or succinct expressions are still effective or can’t be efficiently expressed in another way.

At different times, I've been pulled up on phrases like ‘a twinkle in her eye’, ‘time stood still’ or ‘his eyes widened’ as clichés. To some extent I struggle with this – mentioning the widening of the eye is a way of showing emotion. And while ‘twinkling eyes’ may well have been overused, it is a phrase that expresses a certain look - a sparkle that suggests benevolent teasing or humorous outlook. ‘Time stood still’ describes a phenomena (the distortion of time sense in a crisis) in a succinct and clearly understandable way.

Even so, fiction requires a higher level of originality than other forms of communication.

How to push past clichés.

It is hard, perhaps impossible, to avoid clichés altogether. However, we can work at making our words, characters and plots fresh and interesting.

What clichés in metaphors, characters and plots annoy you? Have you seen clichés presented in original ways? What frequent phrases do you think are unfairly labelled as clichés? 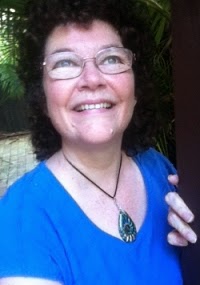 She has a medical degree, a Bachelor of Arts and a Bachelor of Theology and has completed her Master of Arts (Writing) with Swinburne University of Technology in June 2015. Jeanette loves reading, painting, travel, catching up for coffee with friends and pondering on the meaning of life. She lives in Brisbane with husband, two school-aged children and two cats.