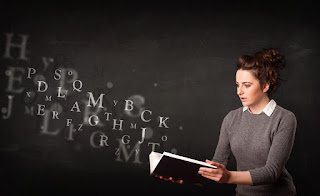 We are now most of the way through National Novel Writing Month, which means many of our members are in the middle of their last-ditch attempt to win Nanowrimo 2015: by writing an original manuscript of 50,000 words or longer in the calendar month of November.

1. Always use adverbs with dialogue tags.

Ignore the writing instructors who say it’s a bad idea because adverbs are telling when you should be showing. In fact, if using one adverb is a bad idea, do better: use two.

2. In fact, use adverbs liberally.

Use them generously, magnanimously throughout your manuscript. This simple tip can easily and effortlessly add a thousand words or more to your Nano winner. Don’t worry about whether they fit the context literally or figuratively. You can effortlessly make them fit beautifully.

3. Use lots of meaningless filler words.

Use words like really, quite, just, and very. They really don’t add anything very useful to the plot, but are quite handy for just making a sentence longer.

A lot. Readers are often trying to read your book while they watch TV and try and cook dinner, so it’s easier for them to keep up with the plot and characters if you say the same thing in two different ways. It helps them keep up with the plot. Sometimes they’re distracted or not paying attention so it’s important to repeat yourself. A lot.

“I’m sorry,” Joe said as he staggered into the wall.

6. Load your manuscript up with back story.

Even better, show how their parents and grandparents were raised, to show why they are such messed-up characters. And don’t limit yourself to your main characters: of course we want to see how the homeless guy who appears in one scene ended up on the streets because his grandfather kicked his mother out of the house after she got pregnant.

“Don’t” counts as one word, while “do not” counts as two. Sure, a contraction-free manuscript is annoying to read, but Nano isn’t about writing a book someone would want to read. It’s about writing 50,000 words as fast as you can and uploading them to Kindle on 3 December.

Just leaving a blank line doesn’t add to your word count, but *** counts as one word and * * * counts as three.

This is an excellent tip to employ if you’re prone to headhopping: simply add a scene break every few paragraphs, you can both increase your word count and be sure you’re not headhopping. If you don’t know what headhopping is, now is not the time to learn. Just add those * * * scene breaks between every second paragraph and no one will ever notice whether you’re headhopping or not.

Some authors have trouble with tense, and never know when to use past, present, future, subjunctive, conjunctive, just plain junctive . . . the solution is simple. Put them all in, and then no one can possibly complain you’ve got it wrong , you’re getting it wrong . . . or you’re going to get it wrong.

Remember that the word “that” can be added to so many sentences without that impacting the meaning. If you can add that once or twice in a sentence, do that. So serves a similar purpose also.

It’s so useful, especially at the beginning of sentences. Also, don’t forget to add also to the ends of your sentences, in dialogue also. As well works as well.

12. So don’t refer to your characters by name.

That name is only one word, and you can easily add that necessary word count by referring to that character as “the blond boy”, “the tall boy”, or (for extra impact!) “the tall blond boy” instead. If you must refer to characters by name, perhaps because you’ve been silly enough to have two tall blond boys as characters, refer to them by their full name. With the number after it: Severus Ignatius Leslie Lloyd Yellowstone III.

13. So don’t use adjectives in the same sentence as the noun.

Instead, move the adjectives to an entire sentence of their own, like this:

The room had three chairs and a table. The walls were white. The table was brown. The chairs were red.

instead of
The room had three red chairs and a brown table.

That’s sixteen words, where your writing instructor would have used a miserly ten. I’m sure you can do better than that also.


What other #badwritingadvice hints and tips would you like to share that will help your fellow writers win Nanowrimo 2015?